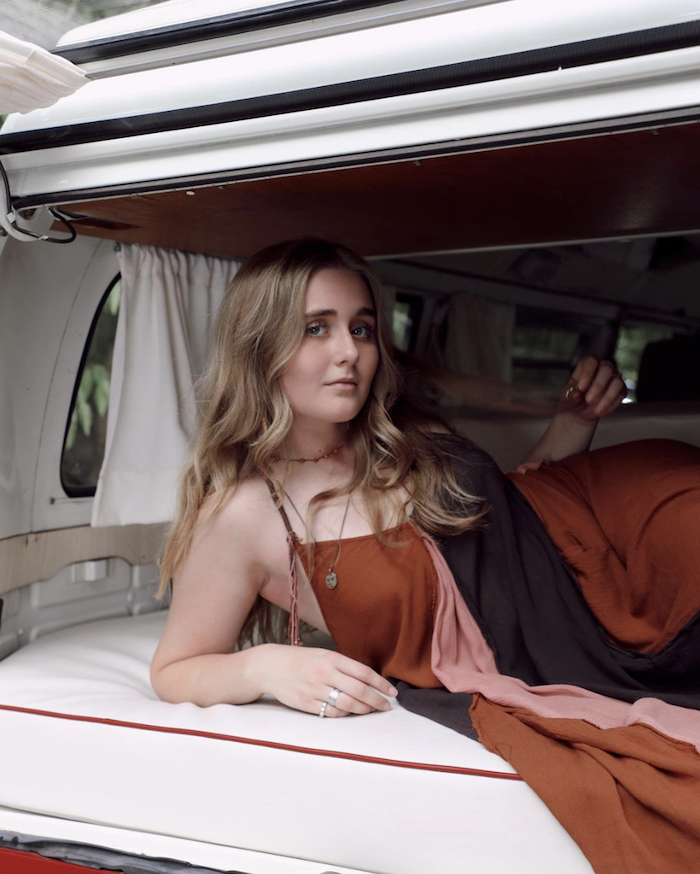 In the big screen adaptation of the hit Broadway musical Dear Evan Hansen, Liz Kate plays Gemma, a teen supporting her best friend through some serious struggles. In real life, 20-year-old Liz has spent years dedicating herself to raising up others—and she's no stranger to taking on tough topics.

Dear Evan Hansen is not your average Broadway musical. Yes, it’s full of songs that will get stuck in your head, but the story deals with important mental health issues from social anxiety to addiction. One of the talented actors bringing the musical to the big screen? Newcomer Liz Kate, who plays Gemma, a brand-new character created for the film who’s there for BFF Zoe after Zoe’s brother, Connor, dies by suicide early in the story. Filming the movie was emotional for the entire cast, says Liz. “We were crying on set because the story is just so real. In the scenes where Gemma and some of the other characters find out about Connor, the room was just silent. You could feel the emotion.” Though intense to film at points (“I've been in Zoe's shoes with some of my family members,” she shares), Liz knows the gravity of Dear Evan Hansen and believes in the impact it’ll make when it hits screens. “I truly feel it's going to be a life-changing movie—and also a life-saving movie,” she says. “The message behind it is really going to reach people.”