EXCLUSIVE! Inside the wonderfully weird world of Mckenna Grace 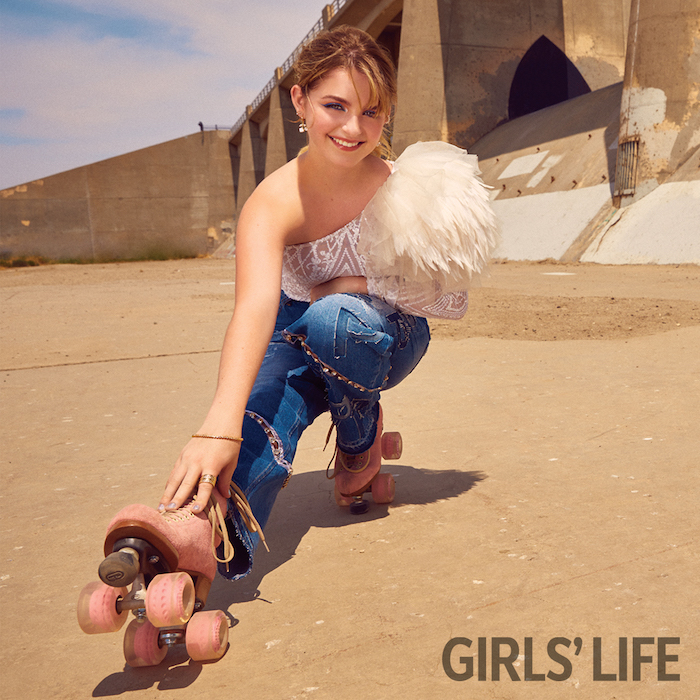 Who ya gonna call? If you're searching for one of this generation's brightest talents, hit up Mckenna Grace.

"I'm an odd person," announces actress Mckenna Grace with a self-aware laugh. "I never do things normally." We agree: Mckenna is definitely anything *but* run-of-the-mill. First, her formidable career sets her apart. You might know the 15-year-old actress for appearing as the kid version of grown-up protagonists in hit movies and TV shows: She's played young everyone, from Kiernan Shipka in The Chilling Adventures of Sabrina to Margot Robbie in I, Tonya to Brie Larson in Captain Marvel.

Thanks to her chic bob with curtain bangs and Bambi-ish sloping eyes, Mckenna may have a lot of celebrity doppelgangers, but she is fully ready to be her own person (and already is, to be honest).

This fall, Mckenna is starring in perhaps her biggest project yet: Ghostbusters: Afterlife, one of the year's most anticipated blockbusters, set for release in theaters Nov. 19. It's the latest sequel in the cult-following supernatural comedy franchise, which started with the iconic Ghostbusters movie in 1984.

Originally from a sleepy Texas suburb, Mckenna wasn't born into the business, but her family clocked her performing talent early. ("She always sang and danced and skipped everywhere. She's just so outgoing," her grandma once told their local news.)

After she did some modeling, commercials and drama lessons in her hometown, Mckenna's parents started sending her audition tapes to Hollywood. At age 6, she was cast in her first big-deal role (Jasmine in the Disney XD sitcom Crash & Bernstein) and moved to Los Angeles with her mom.

From there, Mckenna's performing chops earned her roles that called for someone unexpectedly precocious, like spunky, eloquent Rose in Netflix's Fuller House, Chris Evans' brilliant 7-year-old niece in Gifted and the creepy possessed girl in 2019's chilling Annabelle Comes Home.

Then came her most mature role yet: teenage wife Esther Keyes in season four of The Handmaid's Tale. That performance earned Mckenna an Emmy nod for best guest actress—the first and youngest kid to be nominated in that category (aka a huge deal). 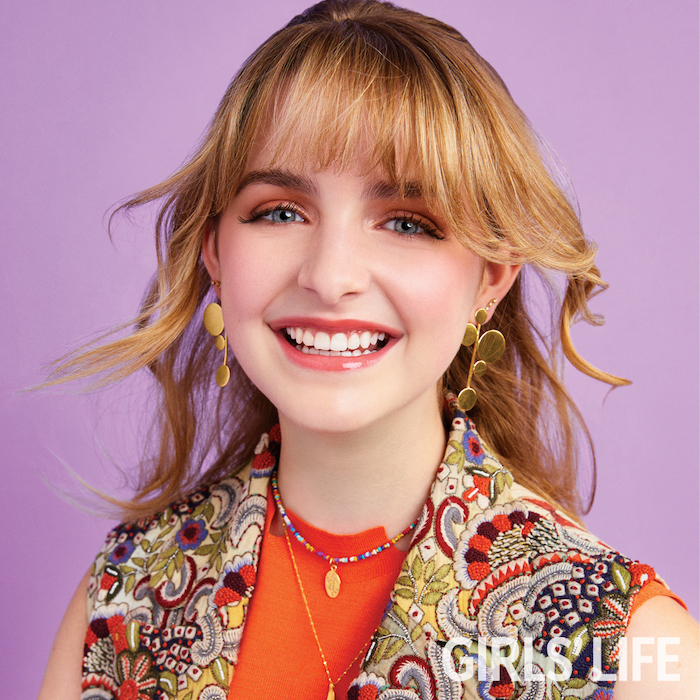 While her Emmy recognition has elevated her to a new tier of Hollywood royalty, Mckenna's star power has a lot to do with her off-screen personality. She's always been super close with her family—especially her mom, who is definitely the protective type, never allowing her to go to set without parental supervision or keep social media apps on her phone.

But limits are the birthplace of creativity, and Mckenna's imagination works overtime. At a very young age, she developed passions for playing the piano and songwriting, as well as for animals and horror movies. She grew up watching all the classics with her film buff dad: The Shining, Silence of the Lambs and (of course) Ghostbusters, as well as bone-chillers like the 2013 remake of Evil Dead.

"I try to get my friends to watch them with me, but they're too scared!" laughs Mckenna (who counts actors August Maturo from Girl Meets World and Will Buie Jr., her Gifted co-star, as her two top besties).

Given her penchant for gore, it's no wonder she comes alive during the Halloween season. "It's my favorite holiday by far. It's just so fun and creative," says Mckenna. And she gets *really* into it: Mckenna always plans her costume months in advance, owns a collection of faux animal skeletons (her favorite is a skeleton cat named Hardshell Taco) and has become an expert at finding the best trick-or-treat neighborhoods (like the houses that give out full-size Butterfingers). "My friends are like, 'I'm too old to trick-or-treat,' but excuse me, that's free candy! I will never miss that opportunity," she shares.

"This is really weird, but every year I buy a miniature pumpkin, I name it Roger, I draw a face on it, I write the date on the bottom of it, then I put it in the freezer, and it just lives there forever. I have about seven Rogers. All my friends judge me." 🎃

Her costume ideas for this year (which of course she's been working on since, like, Easter): "I want to be Carrie [from the 1976 horror movie] and wear a prom dress covered in blood," says Mckenna. "I've never worn a scary costume before, but I'm going to convince my mom to let me do it this year."

Mckenna brings her dreamy, off-the-beaten-path ingenuity to everything she does, like her recently created TikTok (the first social media app she's ever been allowed to keep on her phone). She uses it as an outlet to be inventive and silly. (Her bio reads "wholesome content only.")

"It's just me and my friends messing around, not worrying, not planning anything," says Mckenna. You won't find anything too influencer-y there, just loopy late-night skits, laid-back roller skating vids and lots of dog cameos (Mckenna's pup Gizmo low-key looks exactly like Toto from The Wizard of Oz).

Mckenna makes sure to remind herself not to take TikTok so seriously that it brings her down. "Whenever I sit on my phone just scrolling, it makes me so unhappy and stressed out, feeling jealous and wishing for things I don't have," she admits. WIth both innocence and beyond-her-years wisdom, Mckenna shares, "It's not worth it. Social media just doesn't matter as much as we think it does." 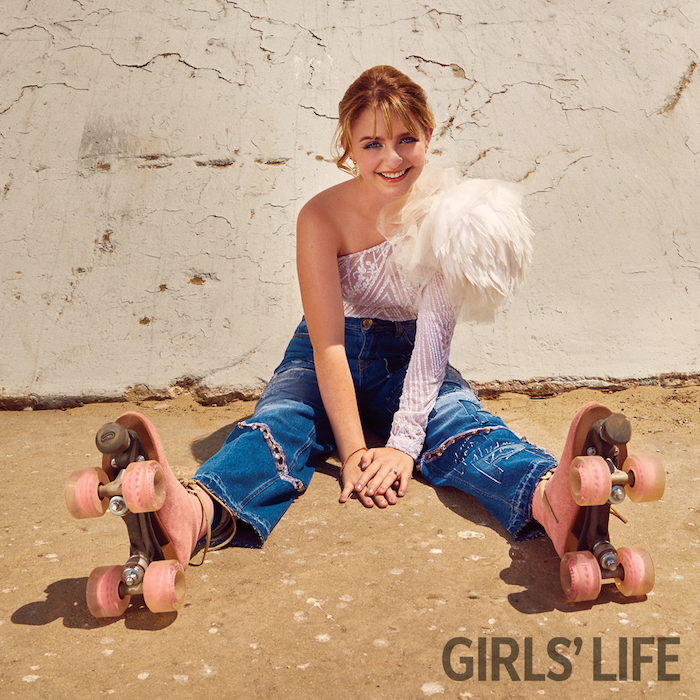 Lately, Mckenna has been dabbling with sharing her new music on TikTok, including a snippet of an original ballad that may be on her new album, slated to be finished by the end of this year. (Psst: Her first single, "Haunted House," premieres today! Stream it on your fave platform ASAP.)

"I've written about 24 songs and I'm really proud of myself," says Mckenna, who names indie artists like Willow, Cavetown, Ashe, Phoebe Bridgers and Conan Gray as her musical inspirations. "I have a wonderful producer, and I've been in the studio a lot. I can't wait to share my music with the world."

wrote this when i was feeling super lonely last year:) EP coming soon

♬ All my friends hate me - mckenna grace :)

Mckenna also has no shortage of acting adventures on her agenda this year, including a smorgasbord of unique Disney projects. To make her GL cover shoot, Mckenna flew in from the set of a Disney+ sci-fi film, Crater. ("It's going to be so cool. It takes place on the moon," she notes.) And this fall, you can catch her in Just Beyond, a Disney+ supernatural series where every episode has a different plot having to do with witches, aliens, ghosts and parallel universes.

And, of course, nothing is too kooky or spooky for Mckenna (whose career bucket list includes starring in a Tim Burton movie). She's even started producing her own offbeat film projects: "I'm working on getting this really good book called Rabbit Cake turned into a film. It's about grief, but it's funny," she shares.

No matter how huge her professional life gets, Mckenna vows to keep it weird. "In the future I hope to have careers in music, writing and directing," she says. "But mostly I want to keep being creative. To keep vibing. To keep having fun." And no one will slime you for that. 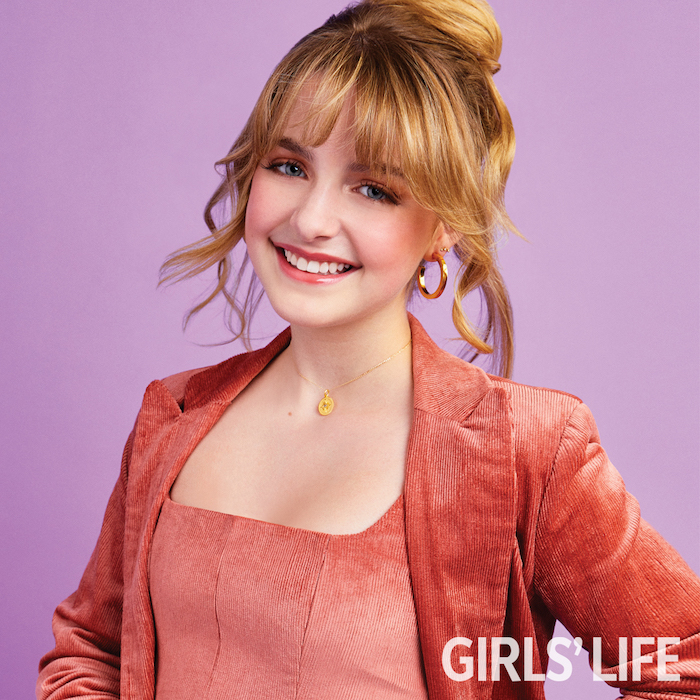