On XoBrooklynne: Why does everybody hate teenage girls? 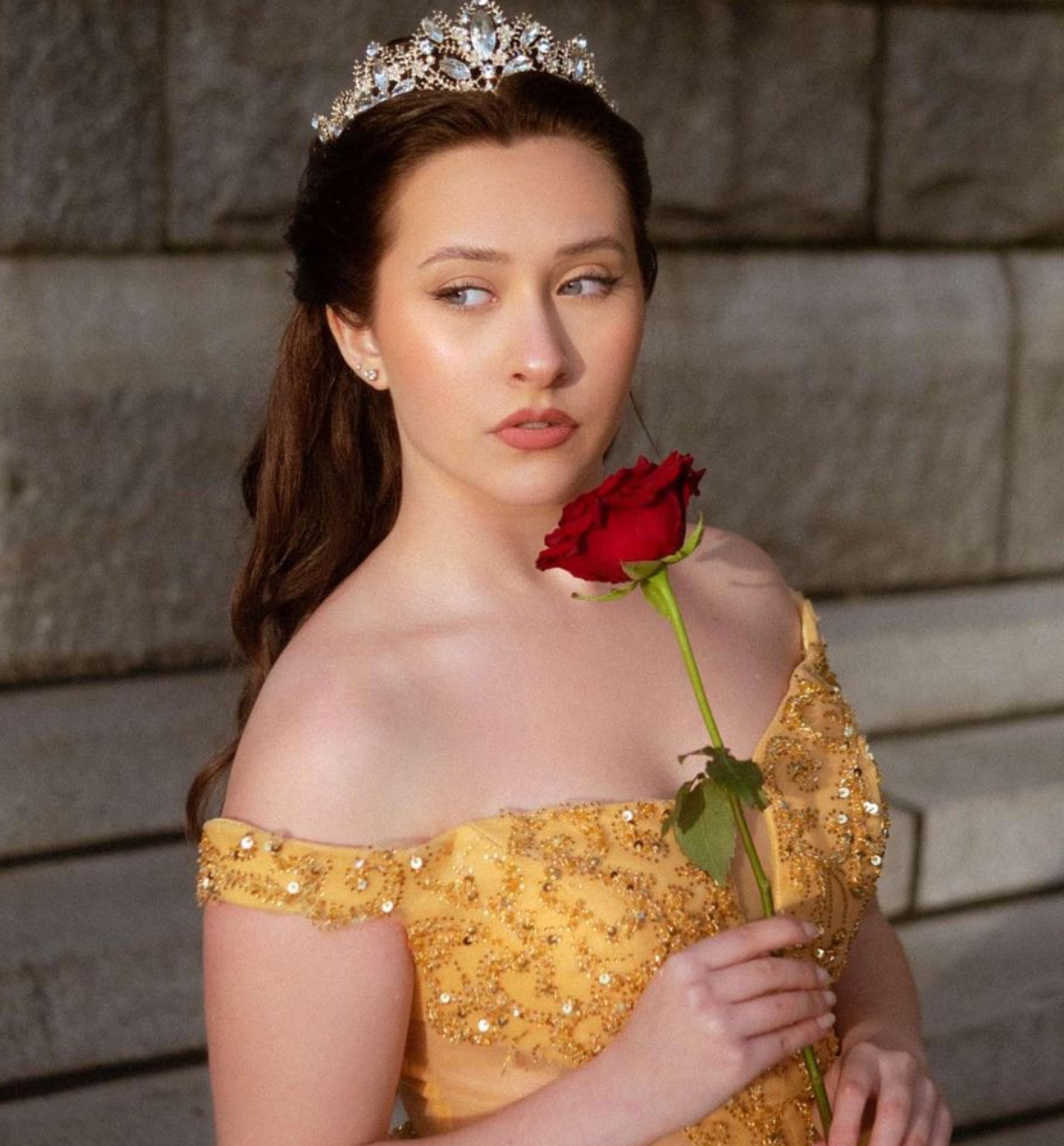 Bubbly, theatrical Brooklynne Webb, or @xobrooklynne, has spent the past month being one of TikTok’s biggest memes.

As a 17-year-old TikTok star with an audience of over 10 million, especially one that is female and non-conforming to ideal beauty standards, Brooklynne has always gotten her fair share of internet hate, but recently? That criticism has skyrocketed to levels unimaginable.

##POV Shes only interested in the prince... // dress from @dyspnea

Brooklynne rode to her rise to fame on a glittery pink train of POV-style videos and trends. Passionate about self-love and body positivity, the princess-loving creator consistently uses her platform to shed light on problematic beauty filters and crude comments.

Although the bar’s quite low, Brooklynne, unlike many young stars of her similar standing, has never been in an actual scandal thus far—no slurs, no cultural appropriation, no being above COVID-19 guidelines. Despite this, the internet always manages to find a way to not only criticize, but also humiliate her.

A quick scroll through any of her video’s comment sections basically lends itself to become a brutal master class on internalized (and not-so-internalized) misogyny—with hundreds to thousands of commenters attacking Brooklynne for what they perceive to be “cringey.”

Everybody wants a piece of her crown

In the couple of weeks leading up to the release of her debut single, Brooklynne teased countless clips of her singing intentionally off-key.

“Baby, baby, I’m no damsel/I’m just too hot to handle/POV: you’re trying really hard to get me canceled.”

As expected, those TikToks, having gone majorly viral, circulated around the app as one universally acknowledged joke that included everyone but her. One click of the post button and Brooklynne found herself in the lion’s den.

Thousands of videos duetted under the sound, some mocking the self-obsessed lyrics, some critiquing the amount of autotune, some begging her to never release music again and some just hand-clasped-over-mouth laughing over the cliched monstrosity she had created. Amassing tens of millions of views, Brooklynne became the butt of one of the most widely agreed-upon cultural jokes of the app.

The twist? This whole time, she’s been the one telling it.

At the drop of Brooklynne’s new album, fans found themselves at a loss of words as track after track of hilariously random remixes of “My Crown” cycled through.

With “Intro,” Brooklynne rolls out her own version of Rickrolling as she sent listeners to the site mycrown.xyz, steering them directly to Rick Astley’s “Never Gonna Give You Up” music video. With “Trying New Things,” she places an off-key recorder rendition of the song over the faded original, packed full of squeaks and mess-ups. With “My Inner Monologue,” she recites the showy lyrics in a calm, Kardashian-esque mantra with peaceful meditation instrumental twinkling in the background.

Upon hearing these blatantly comical tracks, people finally started catching on. However, this elaborate orchestration had been months in the making.

Brooklynne never intended to launch actual music or start a legitimate music career. In her YouTube reveal video, she even admits, “I’m not a good singer.” but also, “I’m not as horrendous of a singer as I make myself look like on TikTok.”

Brooklynne reveals that she first talked about the idea to her managers in April 2021. What was originally supposed to be a lighthearted fun passion project based on her princess persona, or in her own words, a “snobby, in-your-face, theatrical” character, became something greater and crueler than she’d ever envisioned. 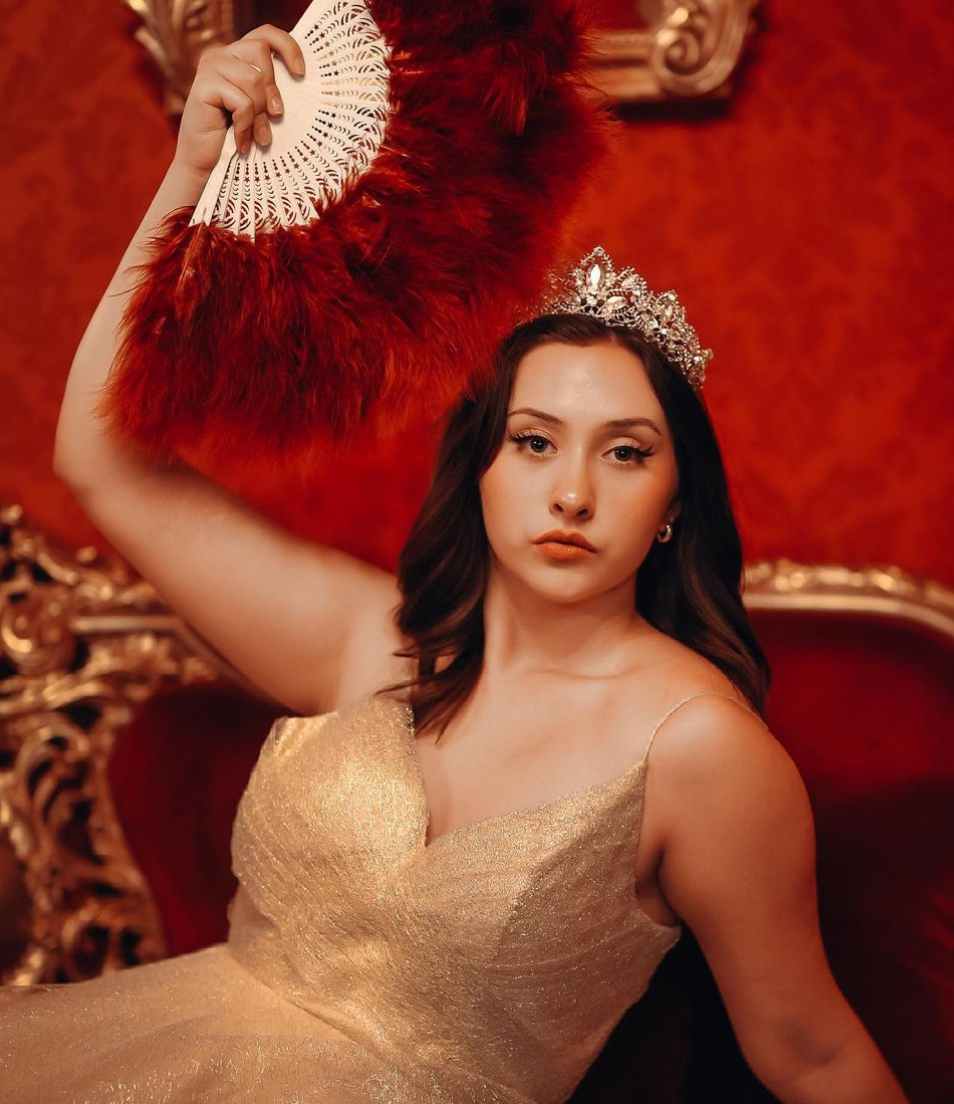 “How much can I really play into and get the reaction I wanted? Which was hate, because everyone kind of already hated me before this.”

And she sure was successful. Although Brooklynne had explained that her idea stemmed from boredom and curiosity, many commenters accuse her of doing it for the quick cash grab. Even so, according to Next Magazine, because she’s underage and Canadian, Brooklynne wouldn’t be able to get paid for TikTok views anyway. Although her “My Crown” single and album are omnipresent on TikTok today, the actual streams on Spotify itself barely earn enough to break even.

The heightened attention and success Brooklynne has achieved pays it all to her understanding of one brutal truth: as a girl, the easiest way to get people to laugh with you is to have them laugh at you.

Everybody makes fun of teenage girls

The internet hates teenage girls—and Brooklynne certainly knows this all too well, experiencing this reality up close and personal. 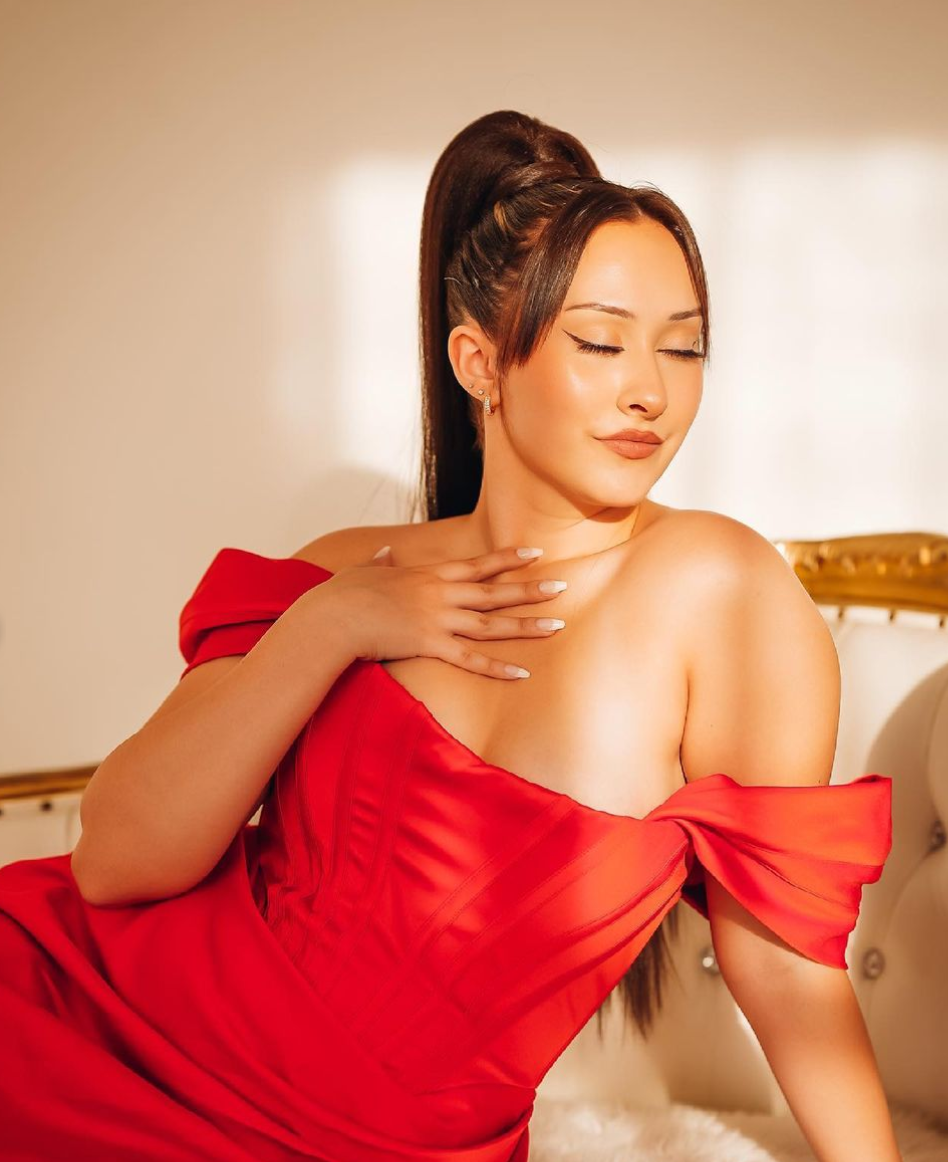 Whether or not she intended to do so, the “My Crown” project became an elaborate satire to illuminate the harsh ways the internet—and everyone on it—treats young women. It was the perfect catch-22: the only reason she could pull it off so well was that nobody thought she was clever enough to do so in the first place.

Even after revealing the behind-the-scenes and the months-long thought process, loads of people speculate that she probably only used the album to cover up her flop of a single, which she genuinely tried on. Despite the conspicuous hints at her satire, like duetting her own comment as if she forgot to switch from a fake account, and squawking to a melodramatic, black-and-white remix for crying in the bathroom late at night, people continued to entertain the idea that she unintentionally stumbled into this idea.

After all, you’ve heard the spiteful comments before: "Women aren’t funny.” Brooklynne couldn’t *possibly* be witty enough to pull off a satire like this. She couldn’t possibly be self-aware enough to poke fun at herself while also commenting on societal problems. It’s definitely a freak accident. Her success is a fluke.

This kind of thinking is incredibly reductive, making girls believe they don’t have what it takes to be funny or clever, as well as turning them against each other. It reflects the projection of sexist ideals internally and externally that is so prevalent in everyday life, so much so that it's hard to notice sometimes.

Brooklynne is unapologetically young, feminine and herself; attacking her purely for her joyful, self-accepting personality is not only unfair to her but for all the young girls her content is intended for. Teenage girls, especially those like Brooklynne, are widely perceived as frivolous, lacking substance and depth, when their passions and content are just as valid and important as any other creator. 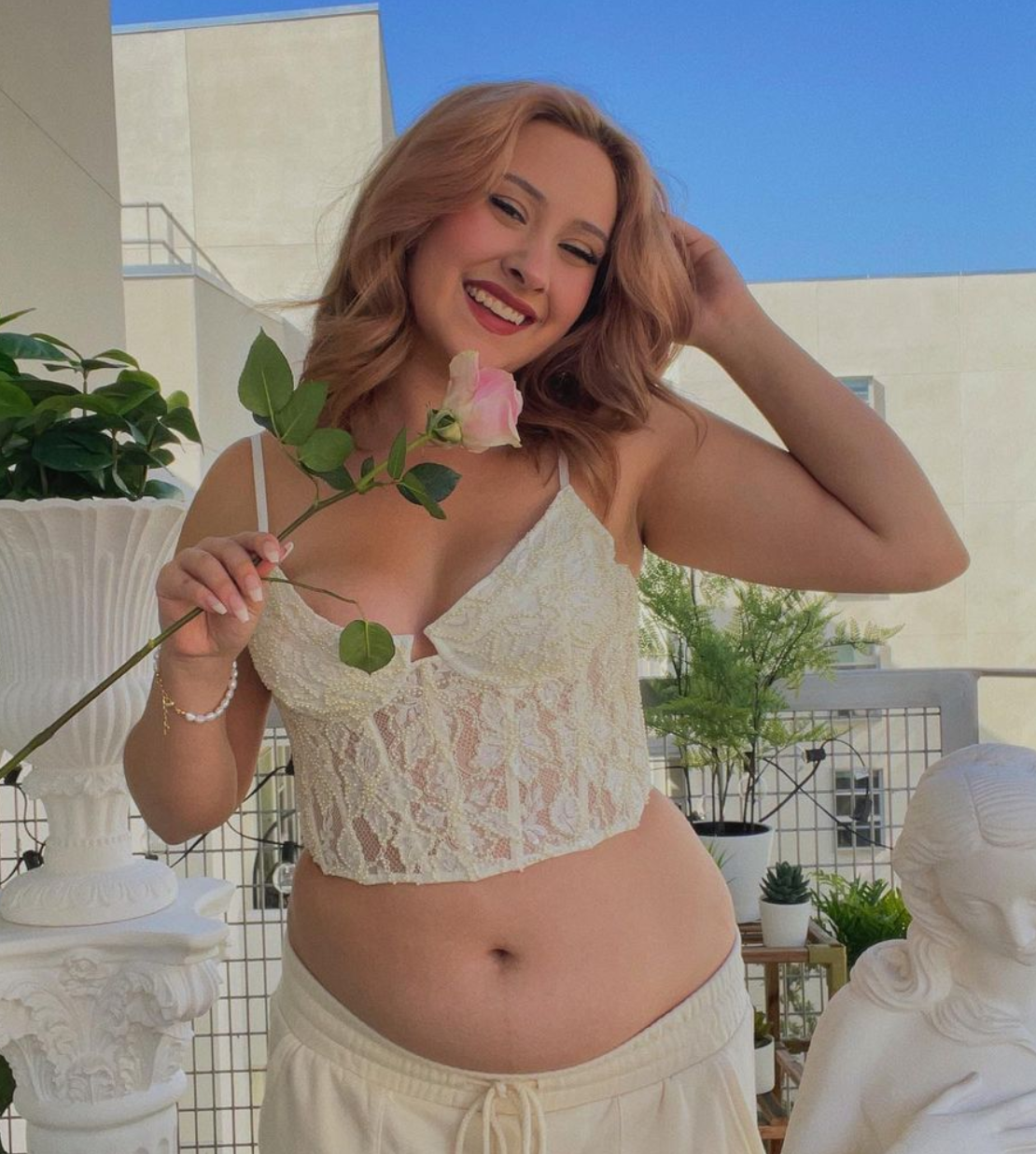 Through a phenomenal digital performance, Brooklynne’s managed to turn everyone against her and then for her again, twisting others’ short-sighted sexism into important commentary on fame, misogyny and cancel culture.

So let's just say it: Brooklynne Webb is a comedic genius, and she deserves every crown she gets.