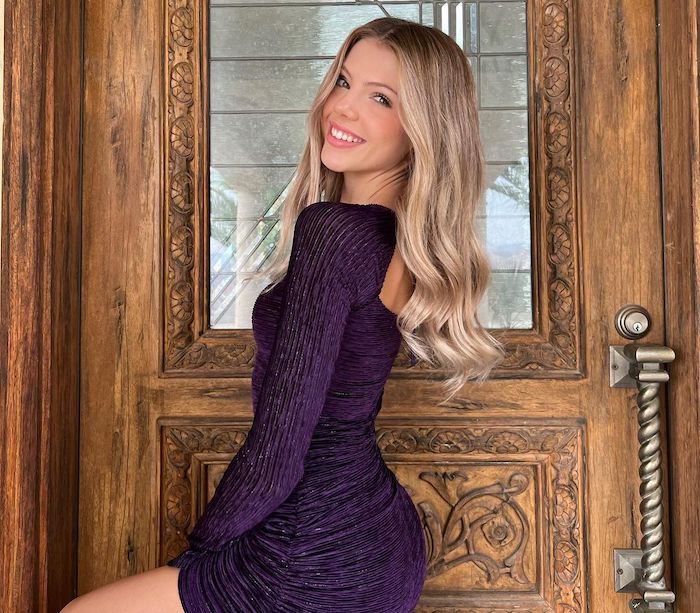 How Neela Jolene would describe herself: "Energetic, kind, positive and upbeat," says the actress and social media star, 16, and we ~totally~ agree. Growing up in San Diego, Calif., Neela always loved performing—and now, with her role as Grace in Brat TV's Junior's and a fast-growing social media presence, she's taking her talents to the next level. Wanna know even more about Neela? Don't worry, we got the deets...

1. She found her passion for acting at a young age.

Neela: "Throughout elementary and middle school, I performed in plays and did musical theater. I started to realize that's what I wanted to do with the rest of my life. So I decided to start auditioning—and now I love it."

2. When filming Junior's, she got into her character Grace's head.

3. She has a great perspective on social media.

Neela: "I love the fun energy and all the fun content people make. But honestly, when I'm sad or not feeling confident, the worst thing to do is to go on my phone or on social media. You start comparing, like, Why don't I look this way? Why don't I feel this way? You start believing that someone else's life looks a way that it actually doesn't look in real life. It's better to step away and just treat yourself instead."

4. Her biggest dream is to be a superhero.

Neela: "I'd love to star in a Marvel movie as a strong superhero woman. I'm so inspired by Scarlett Johansson in Black Widow, so that would be amazing."

5. She's got some srsly empowering advice.

Neela: "Stay true to your dream. You're going to have so much rejection and you can't let one rejection get to you. Don't give up, don't let anyone's negative words get to you—and you're on the way to reaching your goals."

Love this interview? Then read this next:
💌 Pressley Hosbach opens up on breaking out of her comfort zone
💌 Kylie Cantrall on making music and her new role on HSMTMTS
💌 Bella Cianni Llerena is bringing *all* the sunny vibes to XOMG POP!