A WEEKS WORTH OF GOSSIP

It's only Wednesday, but boy, has it been a busy week in juicy celeb gossip…

SELENA AND NICK NO MORE?!
Well, according to E! Online, it might be true. They recently cornered the Jonas trio at the Carousel of Hope affair in posh Beverly Hills, asking if they could go on the record stating their relationship status. Joe said he’s single. Kevin said, “Always dating, but in the end, single, yeah” (whatever that means!). And Nick...he said he’s single, ladies!


Could it be true? Has our fave little Hollywood couple gone caput? The kicker is Selena was rumored to be attending this very benefit but was a no show. What do you think? 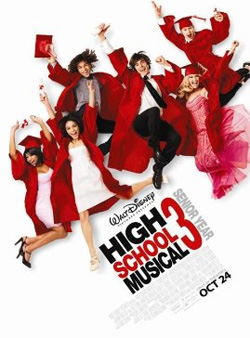 HSM 3 MANIA
Did you guys head to the theater’s this past weekend to check out the brand spankin’ new “HSM 3: Senior Year”? (And more important—did ya like it?) The movie earned $42M in the box office opening weekend alone. Insane, we know!

ZACK’S LETTING LOOSE
But what’s even more insanely fabulous is HSM hottie Zac Efron will be hitting the big screen in what’s bound to be another fab remake. According to Variety Zac will be teaming up with HSM 3 director Kenny Ortega for a redo of the popular ‘80s flick “Footloose.” Production is apparently starting next spring and Zac’s rumored to have scored a mid-seven-figure deal for the roll, on top of script approval. Pretty sweet!

MILEY TO STAY FOCUSED
What does Miley’s dad, Billy Ray, think of his daughter’s relationship with an underwear model four years her senior? Apparently he’s fine with it. But according to reports he recently told a pal, “We brought Miley up with good morals and strong religion, but she’s at that age where she is bound to be experimenting and her hormones are going nuts.”

But it looks like he’s tried to remind the Disney Princess of just how important focusing on her future is:

“Miley’s career is just rolling along now and getting bigger and bigger. Everyone loves her and she has a shot to have a career like Julia Roberts or Jennifer Aniston or someone like that.


“I told her in no uncertain terms that her career would be over if something stupid were to happen and she would no longer be a role model for young girls, something she takes very seriously.” 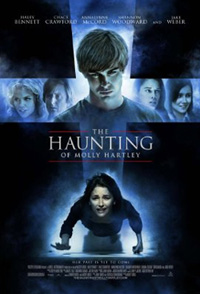 In  other news, GG cutie Chace Crawford’s new horror flick “The Haunting of Molly Hartley” hits theaters this Friday. If you’re looking to do something other than treating your sweet tooth to yummy goodies on Halloween we suggest seeing this spookfest. Enjoy (provided you’re brave enough)!