Meet the guys of PPP 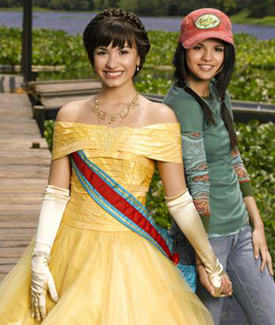 You know all about the girlies who are starring in the new Disney Channel Original comedy Princess Protection Program (if you didn’t, CLICK HERE to find out) but what about the cuties who are filling up the screen?

We sat down with Nicholas Braun, Kevin Schmidt and Robert Adamson on the film’s set in sunny Puerto Rico and, let us tell you, they’re real-life prince charmings… 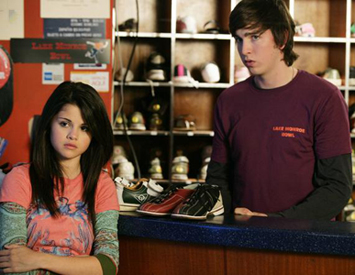 He’s full of laughs Nick plays Ed: the comedic BFF to Selena Gomez’s character. “I love comedy. [Ed] is very funny and just a goofball. He is less funny on the page than I make him in the movie.”

He knows how to hang “I ran into troubles in high school. I was friends with a lot of the popular kids, but I also did theater which is a whole different crowd. I didn’t want to label myself as one or the other because I like doing different creative things and athletic things. I couldn’t categorize myself as a person, like Ed can’t.”

He uses his height to his advantage Nick’s a whopping 6 feet 6 inches tall and no one lets him forget that. “I’ve started to lie and say I have scholarships to really sick basketball schools. The other day some guy was like, ‘Oh my gosh, you look like a basketball player.’ I [told him] I have a scholarship to Duke. [People] believe me because I look like I would play, [but] then they don’t see me on Duke so it’s kind of a let down.”

He’s a boarding boy “I was born and raised in Connecticut and went to boarding school in Massachusetts. That’s why I played so many preppy sports. I played tennis for a couple years, some soccer and squash. I played football for two days before I had to quit because I was so scrawny. I just knew I would get beaten up.” 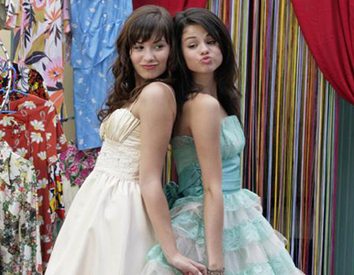 He’s cool—unlike his character “Bull’s a meanie. He and Donny feel like they are the most popular guys in school, but they’re living the wrong façade. They kind of go through the story making Carter and Rosie’s life as tough as possible. They’re not very nice, they’re not very popular and they’re not very cool.”

He’s all for new experiences “I was home schooled. I didn’t have the whole high school experience, so it was fun to come out to a school in a different country and see how the kids interact.”

He goes green “I try to be as least dangerous to the environment as I can. My family tries to keep away from the plastic goods and using microwaves. It’s good to not be wasteful. Don’t run your AC and leave the doors open. Don’t leave the lights on. Do as much as you can to conserve.”

He’s a family guy “I’m a Kansas boy. I came [to L.A.] from the midwest when I was 10. My older brother got us into [acting and] I have a younger brother, too. We were three blonde boys who didn’t know anything and somehow got infected by this [acting bug] and are out in California in the movie business. It’s a blast.” 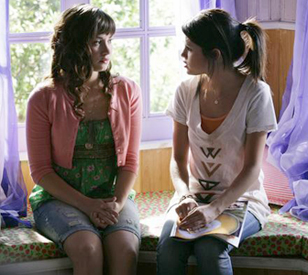 
He’s not Donny (the character he plays) “Donny is just a very narcissistic kind of guy. He has an unrequited love relationship with everybody—he just doesn’t know it. He thinks that everyone loves him, but they don’t.”

He’s taking a stand “It’s fun to take [the role] to extreme lengths. I think everyone in high school knows this guy. He lives on Daddy’s boat and lives off Daddy’s dock. He thinks he’s got everything going. And it’s fun portraying [him]. It’s almost a justifiable reason for me to give back to everybody that has seen that guy and [hated him].

He loves to laugh “I love doing comedies. I play a regular on a drama, but I have to do a comedy at least once a year to get myself out of that. It’s more technique and less emotions.”

Are they cute or what? Be sure to check out Princess Protection Program when it premieres this Friday, June 26 at 8 p.m. ET/PT only on the Disney Channel.