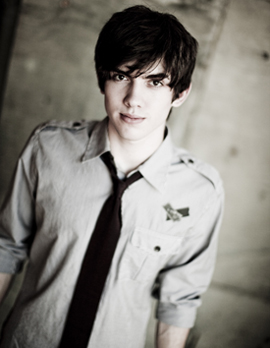 What would happen if aliens invaded your vacation home?
The new flick Aliens in the Attic (in theaters July 31) poses this very question. We caught up with 17-year-old Carter Jenkins, who plays Tom Pearson in the comedy-adventure, and had him spill on everything from family vacay to extraterrestrials…

All in the Family
The film centers around a group of siblings and their cousins who, while vacationing, must fight off an alien invasion as their ’rents remain clueless about what’s going on. “My character Tom is very smart but self-conscious about his intelligence,” Carter says of his character. “When the aliens attack, he quickly has to shed his insecurity and use his smarts to lead the fight and defend the world.” So is Carter anything like Tom? “I’ve been on family vacations before where I bicker and fight with my siblings the whole trip—but never had to fight off an alien invasion,” he says.

ET, Phone Home
Does Carter believe in aliens and UFOs? Apparently so: “I think I do. I don't see how we could be the only intelligent life form in the universe.”

Punch Out
Filming for the movie took place in New Zealand. But what was Carter’s favorite thing to do in between takes? “[I] would [make] funny videos with Robert Hoffman, Austin Butler and my older brother Ren. You can see some of them at Robert's website PunchRobert.com.”

Road Trip
“When I was younger and still living in Florida, my family and I went on a road trip but with no set destination. We decided we'd drive until we saw snow. We ended up in Gatlinburg, Tennesee. My family is very adventurous!”

Sweet Tooth
In light of summer, we just had to ask Carter what his favorite summer snack was. The verdict? “Chocolate Milkshakes—but I like those all year round.”

Be sure to check out Carter Jenkins when Aliens in the Attic lands on the big screen this Friday, July 31—then come back and let us know your thoughts!