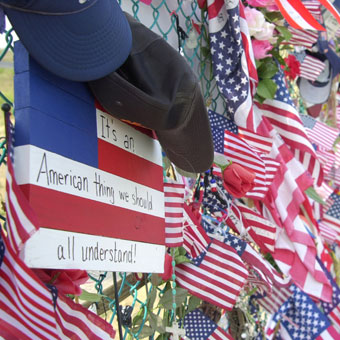 Just a few hours after everything went down on Sept 11, 2001 our website, www.girlslife.com, went up. We asked girls to share their thoughts, their hopes, their fears and their prayers. Here are some of those first e-mails—a permanent record of how you, our readers, experienced a day that will forever be with all of us.

“I always thought the U.S. was the most indestructible and powerful nation in the world. Yesterday, my dad, a firefighter, died when the Twin Towers collapsed. I am numb. I can’t cry anymore, and I can hardly speak.  At least I know my dad left the world as a hero, saving others. But it’s NOT fair, and I will never understand why this happened. Oh, please let this stop!” –A reader

What are you thinking now that the 10th anniversary of September 11 is upon us? Share below, babes.

POSTED IN In the News, express yourself, September 11