Feel-Good Friday: School surprises janitor with the best thank you of all 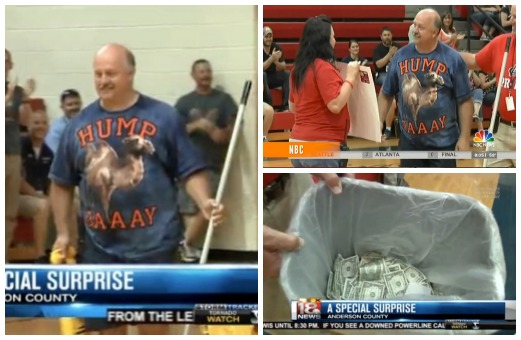 Janitors are the unsung heroes of high school. Every day they clean up the hallways and wipe down the cafeteria tables, with little thanks from students or staff. One Kentucky janitor got a giant thank you he deserved from his school.

Ricky was called to clean up a spill in the gymnasium, packed with the whole school for a pep rally. But when he looked in the trashcan, he was stunned to find $1,900 in cash.

The entire school was in on the surprise, from the setting up the pep rally to raising the money for his plane ticket to Italy.

Earlier this year the staff and students discovered that he hasn’t seen his son stationed in Italy for over a year. That’s when they started collecting donations for Ricky to buy a plane ticket.

Ricky and his wife, who also showed up for the surprise, plan to fly to Italy this winter. They’re looking forward to seeing their son, and meeting their grandson for the first time.

Who in your life deserves more recognition? Let us know in the comments below.

POSTED IN In the News, Feel Good Friday 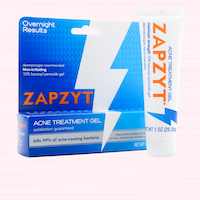