If you didn't love YouTube star Ingrid Nilsen already, you will after seeing this video... 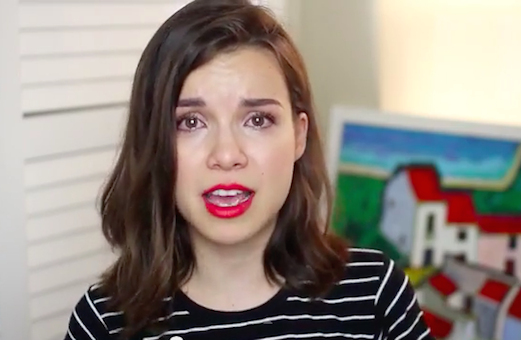 Ingrid Nilsen, or MissGlamorazzi as she’s known on her popular beauty vlogging YouTube channel, shared some news close to her heart yesterday when she came out to her fans on camera.

In the almost 20-minute-long video, Ingrid starts off by addressing a question she says she gets asked all the time: how/when did you know? She answers by explaining that, ever since she was four and in day care, she remembers noticing she was naturally attracted to other girls.

Ingrid also talks about how, growing up, she lived in a community that was not universally accepting of homosexuality, and explains how this changed her own purest sense of self.

“I took this part of me and put it in cabinet and locked it up really tight. I shoved it in a corner because I basically was seeking love and approval.” Nilsen states that, when she was younger, she began to live a life that she didn’t feel was true to her because she wanted to be accepted. Not only did she try to mask her true identity by dating guys, she also put up barriers between herself and other women and struggled regularly with the fear of people finding out she really is.

Now, Ingrid is bravely conquering that fear, accepting herself and sharing herself with others. If you haven’t seen this video already, check it out. It’s guaranteed to be the best thing you’ll see all day, and it will have you smiling and crying in no time.

Are you an Ingrid Nilsen fan? When have you been brave in your life?

POSTED IN LIFE, sexuality, I think I'm gay, my best friend is gay, bisexuality, In the News