This girl's nosebleed didn't just save her life, it saved her parents' lives too 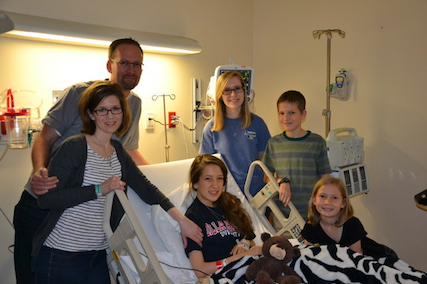 When Crystal Enns was 14 years old, she had a nosebleed so severe that her parents took her to the hospital. After undergoing tests, Crystal found out that she had a rare kidney disease that would require her to have a kidney transplant—and soon.

Doctors screened her parents to see if they could be donors, but what they found out was shocking. Neither Mark nor Cristy Enns could donate their kidneys because they both were diagnosed with kidney cancer.

“The idea is that we’re going to go in and do something that can be life saving for our daughter, only to be told, ‘This may have saved your life,'" Mark told CBS 11 News. "I would never have been tested otherwise."

Mark and Cristy were devastated that they couldn’t help their daughter, despite the fact that they were blood type matches. And as parents of four, they were scared, but also incredibly grateful that their trip to the hospital had led to their diagnoses—and their daughter's—before it was too late. They both had surgery to remove the cancer, which was a complete success.

For almost two years, Crystal waited for a transplant. She was too weak to stand or participate in all of her favorite activities, like singing in choir. But finally, in April of this year, she received a kidney from her aunt. 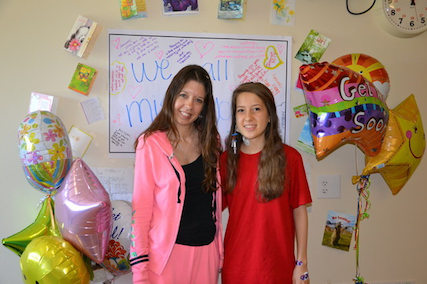 “After I had my transplant, I felt so much better. I could tell an immediate difference,” Crystal said in a recent Buzzfeed Life feature. Now, she is finally getting back to the things that she loves.

Though the nosebleed that originally sent Crystal to the hospital turned out to be unrelated to Crystal’s disease, ultimately it's what saved her and her parent’s lives. “That’s amazing,” Crystal said on CBS.

Yes, it totally is.

Have you ever experienced a weird coincidence like Crystal's? Tell us in the comments below.

POSTED IN disease, In the News, good news