Facebook founder Mark Zuckerberg has an important message for girls 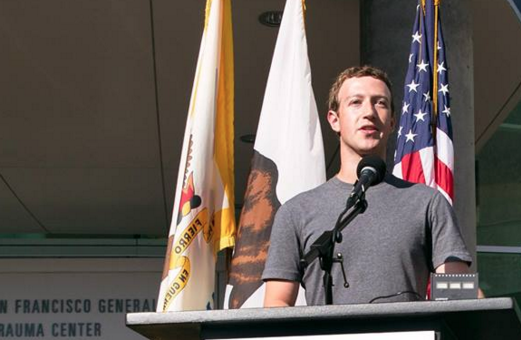 Like plenty of other Facebook users, this new year Mark Zuckerberg took to his page to share his resolutions for the new year. In 2016, Zuckerberg wants to "build a simple AI to run my home and help me with my work. You can think of it kind of like Jarvis in Iron Man" (and hopefully not like Pat from the 1999 Disney Channel movie Smart House). Check out his full post here.

Though Zuckerberg's idea is no doubt awesome, it was an exchange in the comments of his status that really got people talking. "I keep telling my grand daughters to Date the nerd in school, he may turn out to be a Mark Zuckerberg!" wrote commenter Darlene Hackemer Loretto, prompting maybe the best comeback ever from the tech entrepreneur.

"Even better would be to encourage them to *be* the nerd in their school so they can be the next successful inventor!" Zuckerberg said. How awesome is that?

Though Loretto was quick to clarify on her page that her comment was meant as a friendly joke—and that, as a single mom, grandma and entrepreneur herself, she's all about girls and women being self-made—we can't help but be glad that her teasing prompted such an awesome response.

Don't just date the nerd (though you can do that, too!), be the nerd.

POSTED IN In the News, social media, Facebook, Get Inspired