Are girls more likely than boys to be text addicts? 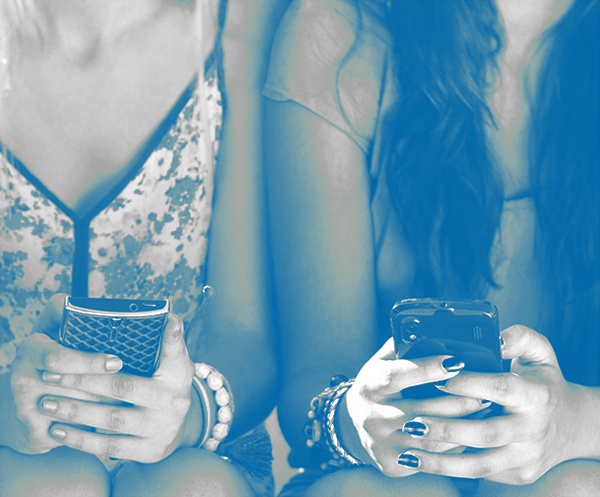 Are you spending too much time on your phone? Scientists are now saying that girls are more likely than boys to become obsessed with keeping up with their friends.

According to Scientific American, the American Psychological Association conducted a study following 211 girls and 192 boys to find out what their texting patterns were like. Their research showed that, although girls and boys send approximately the same number of texts each day, females are more likely to become compulsive texters.

It isn’t a problem to like texting and keeping up with your social life, but it does become a problem when you’re anxious whenever you don't have access to your phone, or when you're unable to stop texting as much even when you try. The difference for boys and girls is that girls tend to be more likely to use their phones and texting as a social connection, while boys usually just use their phones to convey information.

Having an addiction to your phone can lead to lower grades and struggles with your mental health. SA suggests this is probably because girls are more prone to text when stressed and under pressure, or "text about negative feelings and...ruminate on those feelings." Makes you rethink all those heart emojis, doesn’t it?

Think you might have a problem with texting? Try a test run where you leave your phone in the other room for a couple of hours. If you make it through no sweat, there's a good chance you know how to keep a healthy balance between online and IRL, but if you're feeling anxious, you might want to talk to an adult about figuring out how to ditch your phone separation anxiety.

Do you ever feel addicting to texting?

POSTED IN stress, dealing with anxiety, In the News, texting