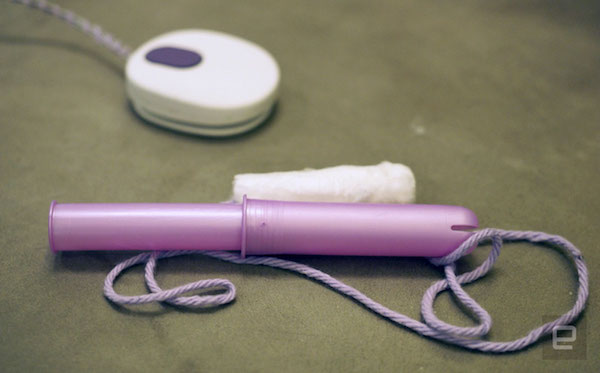 There’s no doubt about it, tampons have come a long way since their initial creation. Even though there isn’t an exact date of when tampons first came into use, there’s evidence that the Ancient Egyptians were using papyrus prototypes back in the ages of mummies and pyramids. Dr. Earle Haas patented a design for the modern tampon in 1931, and now less than a hundred years later, there’s a new type of tampon about to make its debut.

The first “smart tampon” is poised to take on the menstrual market. But here’s the thing: We aren’t sure it’s worth it.

Amanda Brief is the creator of my.Flow, the first tech-infused tampon. Here's the thing, though: There isn’t actually any technology in the tampon itself. Instead, the string connects to a monitor that clips onto the wearer's pants and gathers information about your period.

My.Flow was created with the intent to prevent big problems like Toxic Shock Syndrome and smaller-scale issues like leakage. While we’re thrilled that women are focusing on fixing menstrual issues for other women, these two problems can often be solved by using common sense and getting to know your own body. Engadget's product reviewer, Dana Wollman, backs this up: "If you've been menstruating for decades, you've probably gotten the hang of changing your tampon before there's any actual leakage. But even if you're a newbie, a little spotting in your underwear would be clue enough that it's time for a fresh one."

If you’re new to periods, don’t worry. TSS and leakage are both easy to prevent. Just make sure to take the advice on the side of your tampon box, and never leave your tampon in for more than eight hours. You don’t even need to keep it in for all that time, especially if you have a heavier flow. If you’re worried about leakage, try using a panty-liner with your tampon, or even doubling up by wearing a pad and tampon.

Want to read more and decide for yourself? Check out my.Flow and let us know what you think.

Would you ever buy a tech tampon? How do you think we can improve period products in the future? Tell us below.

POSTED IN TRENDING, In the News, period 101, tampons, Your Bod 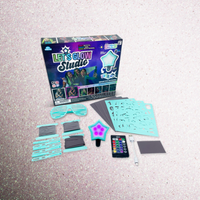