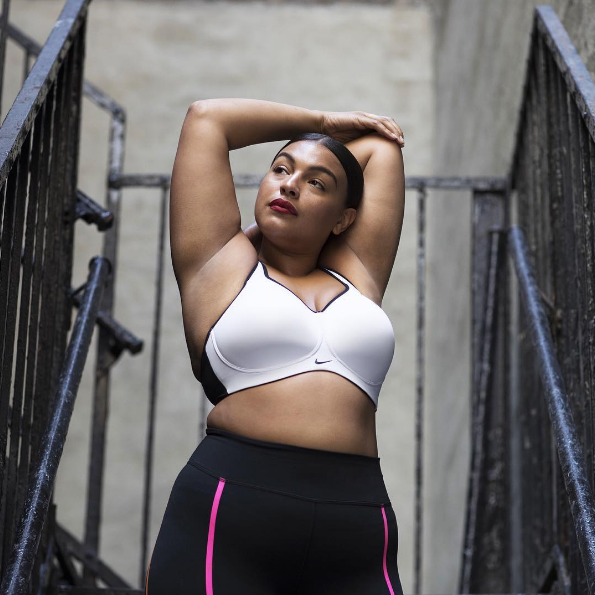 If you have an image in your mind of what a typical Nike model—or any model—looks like, it's time to think again. The athletic clothing brand has a reputation for casting models with unbelievably toned bodies, which could simply be because they aim to show off an athletic build. Many people, though, argue that Nike does a poor job of displaying realistic body types, specifically plus-sized builds. But this past week Nike has flipped the script and earned applause for introducing a more boarder perspective on bodies and body image through recent social media posts.

If you check out the Nike Women Instagram account, you’ll find that Nike has spent the past week focusing on a campaign called “Welcome to Sports Bra 101.” This campaign includes four facts about sports bras along with pictures of women wearing their brand. To followers' surprise, two of the models featured are plus-sized athletes, Paloma Elsesser and Claire Fountain.

Nike captioned the first photo (above), which features Paloma, as, "Most women wear a band too big and cup too small. Raise your hands above your head. If the band moves up, you may need to size down." 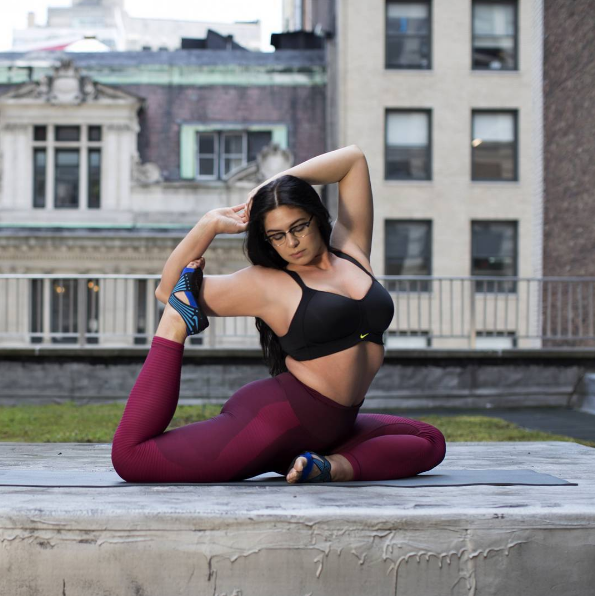 The caption to the second photo, this one of Claire, reads, "Sports bras are designed to take on more impact than regular bras—this is why the band of your sports bras should fit slightly tighter than your everyday bra."

Nike’s body inclusivity is a great step toward changing body standards around the globe. Because the company has influence over its consumers, competing brands and worldwide trends, they have the power to make an impact on the way others think about bodies. With 60K to 70K likes on these posts, it seems as many are supportive of this move. One commenter said, “Love this! I applaud you for having larger sizes and for displaying this model just like all the others.” We concur! Bravo Nike—just keep doing it.

What are your thoughts on Nike featuring plus-sized models? Do you think other brands should do the same?