Here's how dirty water got a high schooler in deep trouble 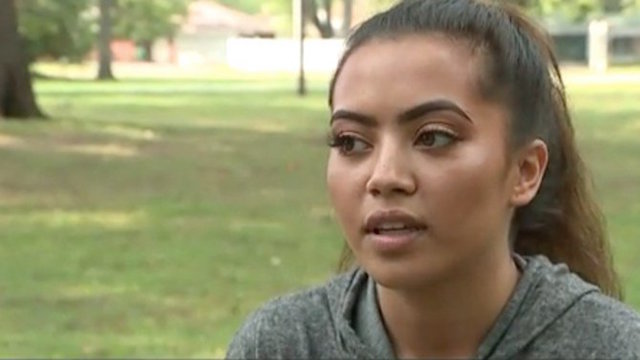 Bet you never thought that posting a pic of murky water could land you in some seriously *hot* water. Unfortunately, that’s exactly what happened to John Glenn High School senior Hazel Juco.

One day, the Michigan student hit up her school’s restroom. She turned on a sink and discovered that the water flowing from the faucet wasn’t clear. In fact, it was downright gross. Hazel took a picture and posted it on her Facebook and Twitter profiles.

Within 24 hours, Hazel got the invite that *no* student wants to receive. "I was called to the office and told by one of the assistant principals that an administrator found a photo of the girl's bathroom on social media,” she said in a statement to CNN. Because John Glenn High has a policy in place to prevent cell phone use in its restrooms, Hazel was handed a three-day out-of-school suspension. She also told CNN that her assistant principal called it an “inappropriate use of electronics.”

Luckily, Hazel’s fellow classmates were there to show that suspension who's boss. Several snapped their own bathroom photos and posted them to prove that their school’s rules were no match for the anger they felt toward them.

This time, the posts fell into the right hands. Superintendent Dr. Michele Harmala got the message. To show her support, she removed the punishment from Hazel’s record and made sure that a plumber was called in to investigate the situation.

Would you break a school rule if it were for a good reason? Tell us why (or why not) in the comments!