Why is everyone upset over President Trump's transgender #BathroomBill? 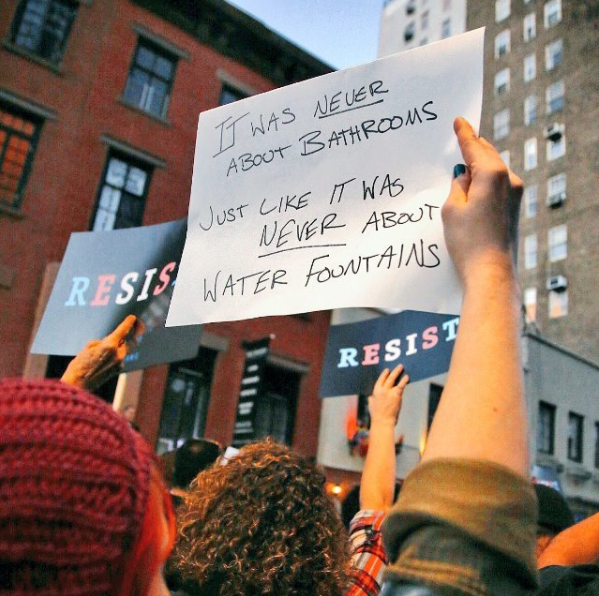 On Wednesday night, the Trump Administration made some changes put into place by the Obama administration: they revoked bathroom privileges for transgender students.

In 2016, under the Obama administration, trans students at public schools and colleges that receive federal funding were given protection by the Education and Justice departments to use the bathroom associated with the gender with which they identify, instead of just the bathroom coordinating to the sex they were assigned at birth. To some, this interpretation of Title IX, the federal law that bans sex discrimination in schools, says CNN, felt like progress. But others felt Obama went a step too far—Trump's administration included.

On Wednesday night, the Trump administration withdrew the bathroom protections at a federal level. What does this mean? The White House said, "returning power to the states paves the way for an open and inclusive process to take place at the local level with input from parents, students, teachers and administrators." This means that it is now up to the states to decide whether or not transgender students will have this privilege. 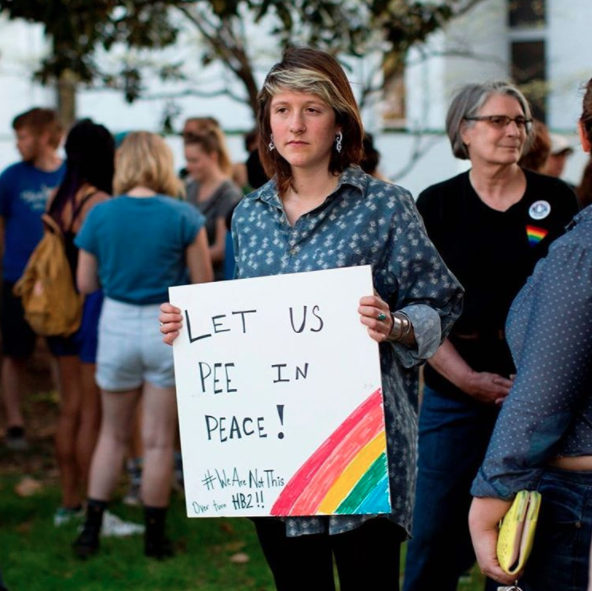 On Thursday, there was a huge response to the change in policy. Dozens of people formed in Washington D.C. to protest this roll back. Some in Texas held a dance party in front of the Governor’s Mansion as a celebration of the LGBT community, instead of protesting, MyStatesman reported.

People on Twitter were talking about the change, too. Texas Senator Don Huffines claimed it is a "women’s protection bill" and others say Obama’s interpretation of the law made the USA "a laughing stock of the world." There are also some who are urging people to call their local government to let them know they oppose the alteration. Countless videos spreading love for the LGBT community have also been retweeted.

No matter which way you look at it, though, this is a step back for the transgender community as a whole. It's likely that this conversation will continue on social media and in the form of protests and marches for many weeks to come.

How do you feel about Trump's changes to Title IX? Let us know in the comments.

POSTED IN TRENDING, In the News, sexuality, transgender, transsexual