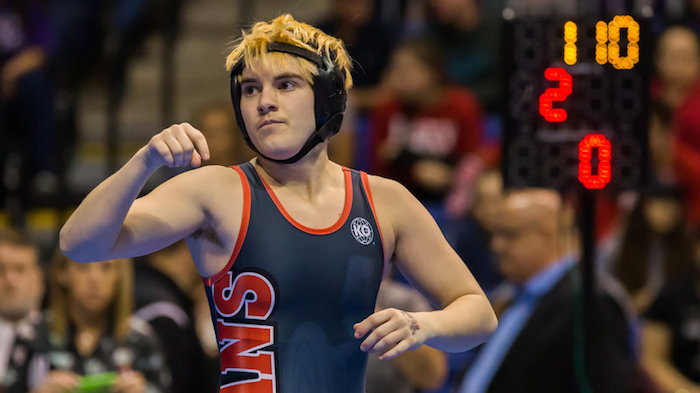 A mixture of boos and cheers surrounded 17-year-old Mack Beggs as he competed in—and won—a weekend-long wrestling competition in Texas last weekend. Mack is a transgender boy who has been transitioning for the last year and a half and wanted to compete on the boys' wrestling team. But because his birth certificate says female, Texas state law forced him to compete in the girls' class.

Texas state laws are strict regarding the transgender community and force transgender folks to go by the sex on their birth certificate rather than the gender they identify with. During the competition, there were parents who were unhappy and angry that Mack had been allowed to compete in the girls' division. They felt Mack had an unfair advantage because he had been taking testosterone and should not have been allowed to compete. One parent was so upset by Mack competing in the girls' class that, The Mercury News reports, she filed a lawsuit against the wrestling league. While Mack had some people against him, he did have support from his friends, family and the transgender community during the competition. And even after parents showed their dislike toward Mack competing in the girls' division, state officials still say it's unlikely for these laws to be changed any time soon.

This event comes on the heels of the Trump Administration revoking transgender bathroom privileges (more about that here), another event affecting the trans community and causing much conversation. It poses an interesting question, too: Are the same people who think transgender folks should use the restroom that corresponds with the gender they were assigned at birth the same people who think Mack should not be allowed to compete in the girls' wrestling class? If so, where does that leave transgender people?

How do you feel about Mack being forced to compete in the girls' class? Do you think he should be able to compete on the boys' class? Share your thoughts in the comments.

POSTED IN athlete, sports, TRENDING, In the News