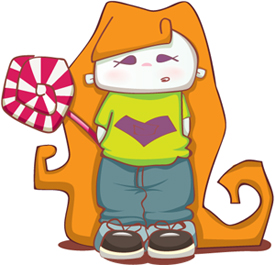 According to an article in The New York Times, the Federal Trade Commission filed a report that showed food companies spend over a billion bucks advertising to kids in 2006. Many major food companies have promised to start marketing “better” foods to teens. The tricky part? The makers of your fave snacks get to decide what “better” means (some have cut sodium, for example).

There are rules and regs about the kinds of food ‘n’ drinks that can be advertised to kids. But the line gets blurry, when ya throw in the fact that families watch shows together. So is the ad aimed at the teen or ‘rents? It might look like Coca-Cola has eased up on advertising toward a younger set, but they are still sponsor  “American Idol,” which, hello, millions of kids watch. Other companies are trying to make healthier versions of your junktastic faves. Will vitamin and fiber-packed candy soon be our movie theater snack? Who knows, but we like that they are trying.

Blog It Out… What bad-for-ya food would like to see a healthier version of? 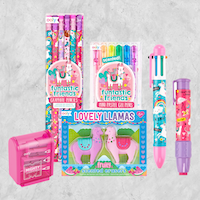 Our cure for a mid-semester slump? These Ooly school supplies. Enter to win here!