All the women that made history in the 2018 Midterm Election

This election was historic for everyone, but especially women 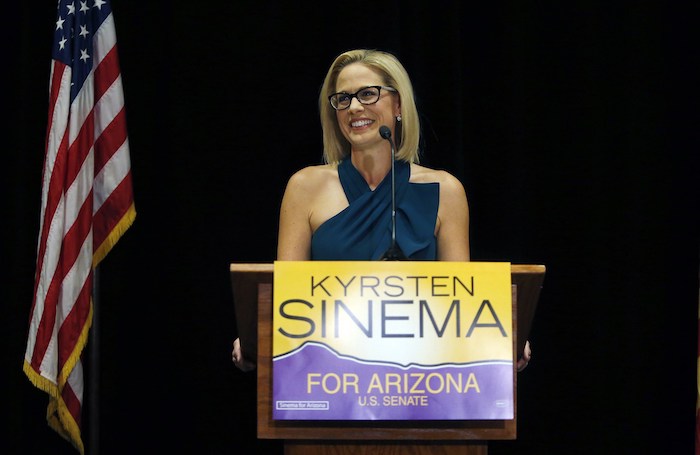 Last night, Kyrsten Sinema (D) (above) pulled in the win for Arizona's US Senate race, defeating Republican Rep. Martha McSally. According to CNN, it was mailed-in ballots the allowed Sinema to pull out ahead. With her win, she flipped the seat that belonged to was held by Republicans for 24 years. She also became the first openly bisexual woman elected to the Senate.

There were plenty of other "firsts" that took place across the nation in the midterm election. Below are a few of the most monumental wins for women throughout the nation, all of which are promoting diversity in the Capitol for the next term.

Representative Alexandria Ocasio-Cortez became the youngest woman ever elected to Congress after a successful campaign run in New York.

Ayanna Pressley, who represents the 7th District in Massachusetts, became the first black congresswoman to represt the state, unseating an incumbent Republican in what is described as an "upset victory."

Sharice Davids, Democrat from Kansas' 3rd District unseated incumbent Republican Kevin Yoder, while Debra Haaland won an open race in the 1st District of New Mexico. Both became two of the first Native American women elected to Congress. Davids is also the first Lesbian Native American to be elected to the Senate from her state.

Veronica Escobar from Texas's 16th district and Sylvia Garcia from the state's 29th District—both Democrats—became the first Latina women elected to Congress from the state.

Which elected official are you more excited for? Tell us in the comments!