Why did U.S. Border Patrol use tear gas on asylum-seekers?

Content in this story and the links within it may be graphic and/or disturbing. Please use caution when viewing and clicking these external links. 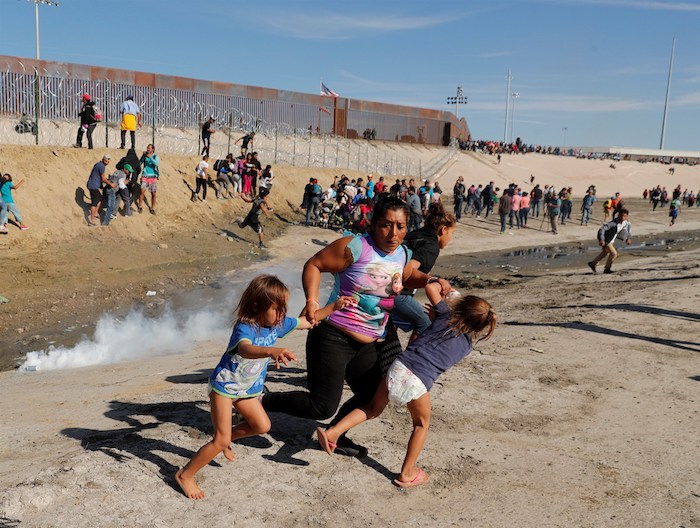 On Sunday, Nov. 25., United States Border Protection agents used tear gas to repel the roughly 5,000 migrants camping on the Mexican border near San Diego, Ca. The tear gas used has been banned in military battlefields in the United States and beyond for years, but is still available for the use of law enforcement and other federal entities.

These migrants injured at the border following the attack were initially seeking asylum within the U.S. through Tijuana, coming from countries such as Honduras, Guatemala and El Salvador apparently becoming frustrated at the slow pace at which U.S. Customs was approving applications: only 100 per day.

This number of approved applications would leave some asylum seekers waiting nearly two months to enter the country, a time period unsustainable for migrants transporting children. This, however, is what Kirstjen Nielsen, secretary of homeland security, believes these asylum-seekers, especially in a caravan considered by Nielsen to be "predominantly male," are using as a tactic.

“It appears in some cases that the limited number of women and children in the caravan are being used by the organizers as ‘human shields’ when they confront law enforcement,” Nielsen said in a statement posted on Facebook. “They are being put at risk by the caravan organizers as we saw at the Mexico-Guatemala border. This is putting vulnerable people in harm's way.”

Meanwhile, frightening stories have emerged regarding the status of the women and children, in particular, that were harmed during the attacks. In a piece published by the Wall Street Journal, Honduran citizen Cindy Milla, part of the migrant caravan, describes her experience at the border this weekend, her family in tow.

“I felt that my face was burning, and my baby fainted. I ran for my life and that of my children,” Milla told to newspaper.

Since the attack, President Trump and his administration have been under fire for their responses to the violence against the migrants. Trump claimed that the gas was only unleashed after a series of violent encounters with the migrants, resulting in "projectiles" being thrown and agents at the border being harmed.

However, on Monday, Nov. 26, U.S. Customs and Border Protection Commissioner Kevin McAleenan issued a statement contradicting Trump's claims, stating that while several agents were struck by rocks in the prologue to the tear gas incident, all were wearing their expected protected gear and "did not sustain serious injuries."

While there is no simple answer as to why this attack happened, there are methods of decreasing the likelihood of future events. Fact-checking, as per the statement made by Commissioner McAleenan, is a strong and efficient way to keep the current administration in check and demand answers for the separation policies and devastating events at the border.

POSTED IN In the News, In The News, TRENDING,