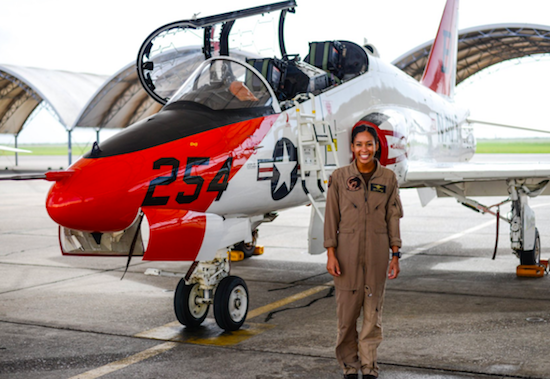 LTJG Madeline Swegle has made history by becoming the US Navy's first Black female tactical fighter pilot after 110 years of naval aviation history.

In the past, the Navy's aviation program has been critcized for a lack of diversity. According to an investigation from Military.com, only 1.9% of all pilots assigned to the F/A-18 Hornet, EA-18 Growler, E-2 Hawkeye and C-2 Greyhound aircrafts were Black, and out of 1,404 Hornet pilots, only 33 were female and 26 were Black.

According to the Navy Times, Swegle's completion of the tactical air training program now allows her to fly fighter planes such as the F/A-18E/F Super Hornet, the F-35C Joint Strike Fighter and the EA-18G Growler. 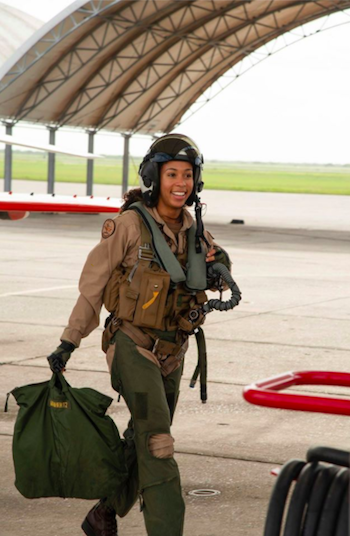 Additionally, Swegle recieved well-deserved congratulations from prominent public figures such as Senator Elizabeth Warren, who Tweeted: "Congratulations, LTJG Swegle! You make the @USNavy and our country stronger," as well as from professional tennis player Billie Jean King, who shared this Tweet of support:

Her accomplishment comes more than 45 years after Rosemary Mariner became the 1st woman in the Navy to fly tactical jets in 1974.#RepresentationMatters https://t.co/07AVMYgglg

Swegle's accomplishment is an important and necessary milestone for the US Navy, one that hopefully helps move towards a future filled with inclusivity and opportunity for everyone, regardless of gender or race.