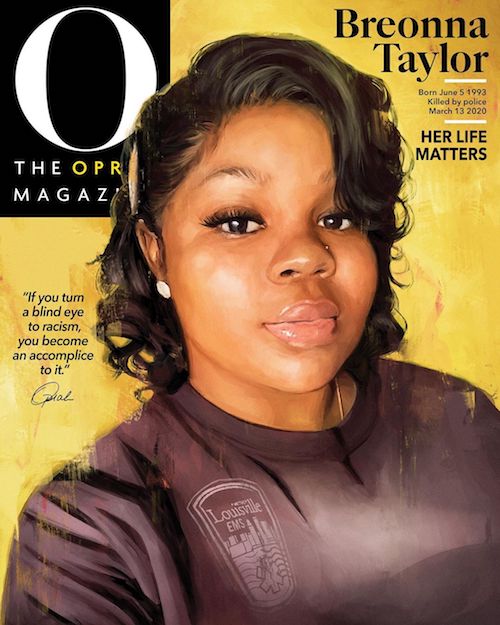 Oprah Winfrey is featuring a portrait of Breonna Taylor on the cover of the upcoming September issue of O, The Oprah Magazine, in order to honor her memory and remind us that the fight for justice is far from over.

On March 13, 2020, Breonna Taylor, a 26-year-old EMT from Louisville, Kentucky, was shot and killed by Louisville police officers who entered her apartment in the middle of the night under a no-knock search warrant. Only one of the three police officers involved has been asked to leave the Louisville Metro Police Department, but the other two are still working on the force and have no charges against them.

This will be the first time in O magazine's 20-year history that Oprah herself will not be featured on the cover. In a heartfelt and moving essay written for the magazine, Oprah explains the important reasoning behind the decison to feature Breonna Taylor, stating:

"She was just like me. She was just like you. And like everyone who dies unexpectedly, she had plans. Plans for a future filled with responsibility and work and friends and laughter... Breonna Taylor had plans. Breonna Taylor had dreams. They all died with her the night five bullets shattered her body and her future... What I know for sure: We can't be silent. We have to use whatever megaphone we have to cry for justice. And that is why Breonna Taylor is on the cover of O magazine. I cry for justice in her name."

Oprah also spoke to Breonna's mother, Tamika Palmer, who shared her emotions in the wake of this heartbreaking situation: “I can’t stop seeing her face. Her smile. It’s what I miss most about her. I still can’t grasp the concept of her being gone. It feels so surreal. I’m still waiting for her to come through the door." Additionally, she shared, "The fact that no one has been charged. It was so reckless. They did all this for nothing, and she lost her life."

The magazine also shared many resources to help continue the fight for justice for Breonna Taylor: Petitions to sign from WhiteHouse.gov and Color of Change, donating to the Louisville Community Bail Fund to help protesters in Breonna's hometown, using the hashtag #SayHerName on social media to continue raising awareness for Breonna and her story, and visiting UntilFreedom.com for additional ways to help.

The impact of Oprah's groundbreaking and rightful decision to feature Breonna Taylor in O magazine will hopefully help to spread significantly more awareness on racial injustice and police brutality, as well as to make sure that Breonna Taylor, and many others with stories similar to hers, will not be forgotten and are kept in the conversation in order to create real change and build a world where no one is treated any differently based on their race. 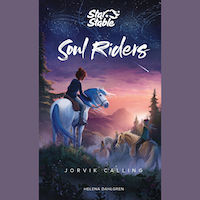 Be the hero of your own adventure. Enter to win here!