The new Wonder Woman 1984 trailer is *everything*

In a rare bright moment since 2020 began, Gal Gadot is returning to our screens to reprise her role as Wonder Woman. DC Comics just dropped the trailer for Wonder Woman 1984, the sequel to the 2017 hit film Wonder Woman. Directed and co-written by original director Patty Jenkins, the new film looks even better than the first one.

While Wonder Woman took place during World War I, the new adventure jumps into a more recent future: the Cold War of the 1980s. The immortal Amazonian goddess has new villains to face, including the fierce Cheetah, played by GHOSTBUSTERS star Kristen Wiig, and businessman Maxwell Lord, played by Pedro Pascal.

Diana also has a visit from her love interest in the first film, Chris Pine's Steve Trevor. It's, er, surprising, considering the events of Wonder Woman. But once the shock wears off, his character provides a healthy dose of comic relief as Diana helps him adjust to the modern world.

The trailer also showcases some *intense* action sequences, from a vehicle flipping over to Wonder Woman swinging from literal lightning by using her super-powered lasso like a vine. Her classic costume even gets upgraded into a golden battle suit complete with detachable wings. See all these cool changes and more in the trailer below.

Wonder Woman 1984 is set to hit US theaters on October 2nd. In the meantime, you can stream the first movie from the comfort of your couch (and peep all the GIFs it spawned). 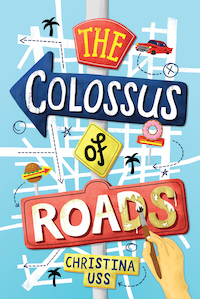