It’s been three years since the March For Our Lives: Here’s what has changed 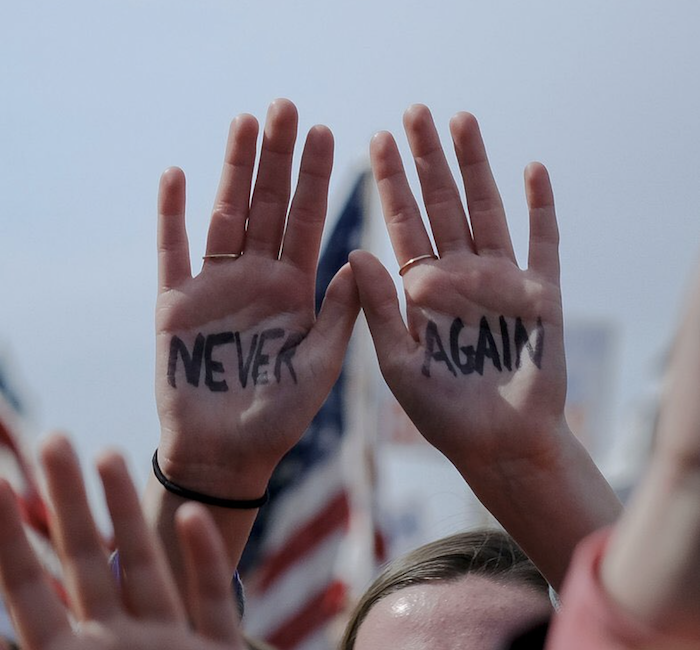 It has been almost three years since students from Marjory Stoneman Douglas High School organized the national March For Our Lives in response to a horrific act of gun violence at their high school in Parkland, Florida.

Nationwide, students spent a week protesting the inaction of political leaders. The March For Our Lives coordinated classroom walkouts, mass gatherings and educational sessions across the country to raise awareness about gun violence.

The march, which is touted as the largest single-day protest against gun violence in history, attracted millions of participants and spurred hundreds of marches affiliated with the national march in D.C.

Their mission? "To harness the power of young people across the country to fight for sensible gun violence prevention policies that save lives." 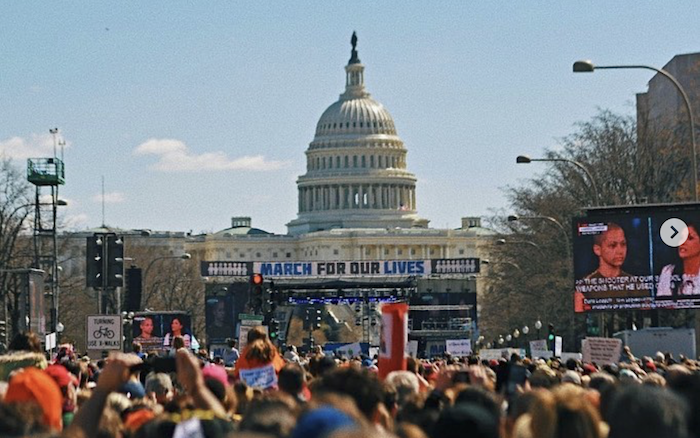 Now, on the third anniversary of the March For Our Lives, it is evident that the movement for gun violence prevention is here to stay, as the political, electoral and social changes that followed this student-led protest have continued to garner the support of activists and lawmakers alike. So, what all has changed since the March For Our Lives?

Aside from awakening a national conversation about gun violence, the March For Our Lives led to tangible policy reforms less than a year after they began organizing. In Florida, the birthplace of the March For Our Lives, lawmakers approved gun control legislation that included raising the minimum age to buy firearms, creating an extreme risk protection law and lengthening waiting periods. Giffords, a gun control organization founded by former congresswoman and gun violence survivor Gabrielle Giffords, even moved Florida from an F to a C- on their gun law scorecard following this legislative package.

By the end of 2018, 26 states and the District of Columbia had passed new gun violence legislation, with a total of 67 gun safety bills being signed into law.

One reform first demanded in response to the Las Vegas shooting in 2017 and later echoed after the Parkland shooting in 2018 was for bump stocks to be banned. Prior to the Parkland shooting, 13% of surveyed Americans supported bump stock bans. Following the March For Our Lives' education campaign, that number skyrocketed to 73%. In 2019, the Trump Administration analyzed this data and banned bump stocks nationally.

Naturally, the National Rifle Association was displeased with the sudden uptick in gun control legislation being passed nationwide. As larger numbers of Americans began to stand up to the gun lobby, politicians became more vocal about their opposition of the NRA and other similar organizations, and in early 2021, the NRA declared bankruptcy.

The March For Our Lives team then turned their attention toward a project titled "Mayors For Our Lives," where they hosted voter registration events with hundreds of mayors and helped register a record 800,000 people on National Voter Registration Day.

Aside from winning many of their legislative demands, March For Our Lives also launched a successful voter registration campaign that led to the registration of over 50,000 people. This campaign was called the "Road To Change," and aside from registering voters, they continued their quest for justice by meeting with members of the communities most affected by gun violence.

We also met with family members, community leaders, and survivors of gun violence across the country. This allowed us to expand our understanding of gun violence and how it affects each community differently. We’ll never forget each story we heard and each ally we made in this fight for justice. MFOL.

Thanks to this tour and heightened student activism, youth voter turnout during the 2018 midterms was up 47% from the last midterm election, and it was the highest it had ever been. As a result, 40 NRA-backed candidates lost their seats in Congress, flipping the U.S. House of Representatives to a "historic gun safety majority," according to Giffords.

This new Democratic majority in the House of Representatives passed a sweeping gun control bill in February 2019, but it stalled in the Republican-controlled Senate. After months with seemingly no national traction about gun reform, the House passed two similar bills in March of 2021, which Chuck Schumer, the Senate Majority Leader of the new Democratic-controlled Senate, has said he will bring to a vote soon.

Progressive organizers and politicians are rooting for these bills, as they would be the first national gun violence prevention bills to be passed since the Parkland shooting.

Today, the March For Our Lives organizers are still hard at work, trying to root out gun violence in communities across the country. In 2020, the organizers launched "Aid and Alliance," which is "a resource sharing program that will distribute nearly $500k to support anti-violence work led by BIPOC youth organizations and activists on the ground," according to the March For Our Lives website. They have also drafted a comprehensive set of policy demands for the Biden-Harris administration, which includes appointing a national Director of Gun Violence Prevention and allocating $1 billion for community-based preventative measures. The rest of the MFOL demands can be read here.