What is the filibuster and why does everyone keep talking about it? 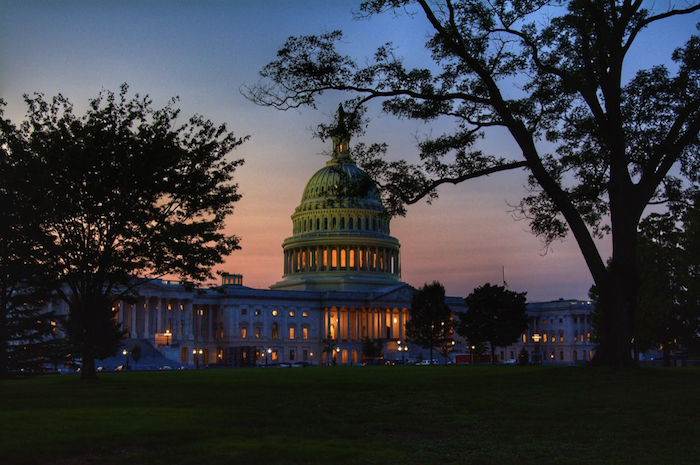 If you have been keeping up with the news lately, you’ve probably seen the tense debate over whether or not the U.S. Senate should eliminate the filibuster. As the vigorous and contentious debate over the fate of the filibuster can be expected to continue throughout President Joe Biden's administration, we've compiled everything you need to know about this legislative tool. Keep reading for an overview of the Senate's most contentous rule.

What is the American filibuster?

The filibuster is a parliamentary procedure used in the United States Senate to prolong debate and delay a measure from being brought to a vote.

Senators can filibuster bills by debating them at length, offering multiple procedural motions and taking advantage of other obstructive actions. The filibuster has been taken to extreme measures more than once in U.S. history.

In 1957, the longest filibuster in U.S. history was recorded when Strom Thurmond spoke on the Senate floor for 24 hours and 18 minutes.

More recently, Sen. Ted Cruz, R-Tx., filibustered the Senate during a passionate debate about Obamacare in 2013. For over 21 hours, Ted Cruz read "Green Eggs and Ham," did a Darth Vader impression and discussed celebrity gossip.

The historical evolution of the filibuster:

The American filibuster is a 215-year-old legislative tool created in 1806 at the advice of Vice President Aaron Burr.

Although filibustering dates back to 20 B.C., the American filibuster was not regularly used until the Civil War, when it was often used to stonewall debate over the abolition of slavery. The tool was then limited by Senate norms, where it was used infrequently until the early 20th century.

When Senate leaders attempted to ban the legislative tool, defendants of the filibuster would simply filibuster the call to end the fillibuster. The filibuster was not significantly limited until 1917, when the Senate enacted the cloture rule, which allowed two-thirds of all senators present and voting to end debate on an issue. Although attempts to filibuster were often overruled in the years that followed, the Civil Rights Movement caused an uptick in the usage of the tool, as senators supportive of Jim Crow Laws used the filibuster to block advancements that would benefit Black Americans.

In the 1970s, a rule was adopted to allow a senator to filibuster one topic while the chamber moved on to other issues. These rules increased the filibuster's usage and allowed the minority party to use the filibuster to stall the agenda of the majority party.

Below, you can see a graph showing the number of cloture motions filed, which is useful for measuring the amount of filibusters that occur during a given congressional session. The number of filibusters has increased drastically from the beginning of the 20th century to now. 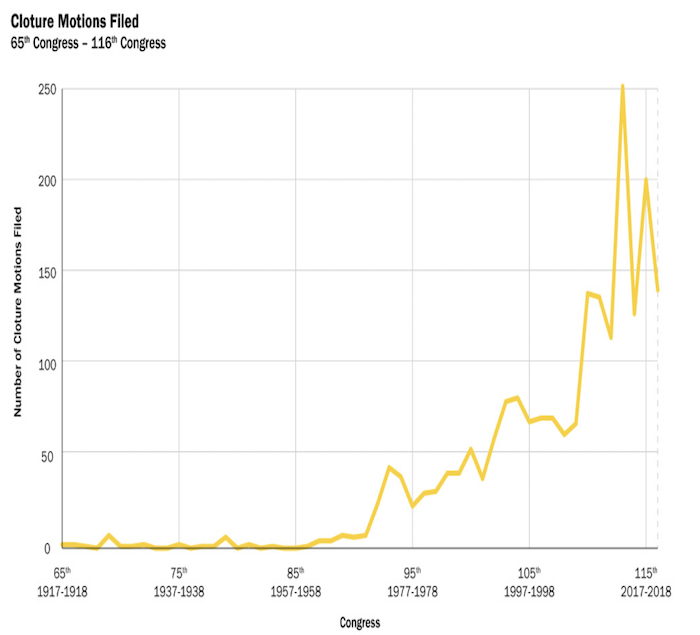 Why does it matter now?

For the first time in a decade, Democrats have solidified control of the White House and Congress, an opportunity they hope to use to pursue an aggressive agenda in Congress.

Because of this, there has been talk of eliminating the filibuster to make it easier for President Biden and future presidents to enact their policy goals.

How would the Senate eliminate the filibuster?

The easiest way to end the filibuster would be to change the cloture rules that requires 60 votes to end debate on a given issue. This method would be unlikely to work, though, as changing the Senate's standing rules required two-thirds of voting members to support the change. The most likely way Democrats could end the filibuster would be to create a new Senate precedent, a method that was used in both 2013 and 2017 to reduce the number of votes necessary to end debate on judicial nominations.

What does each side have to say?

Sen. Dick Durbin, D-Ill., the second-highest ranking Democrat in the Senate, advocated for the elimation of the filibuster during a floor speech on March 10. “The filibuster is still making a mockery of American democracy," he said. "The filibuster is still being misused by some senators to block legislation urgently needed and supported by a strong majority of the American people."

Defenders, including Senate Minority Leader Mitch McConnell and Sen. Joe Manchin, D-W.Va., argue that the filibuster protects the rights of the minorirty party and encourages the decorum of the Senate.

Although the filibuster has harsh critics among members of the Democratic Party, individual senators may still find the tool useful to enacting their own policy goals, which may keep the filibuster debate from gaining the traction necessary for real change.

Do you have any thoughts on the fillibuster? Let us know by tagging us on social media @girlslifemag.

POSTED IN In the News, TRENDING