The Supreme Court overturned Roe v. Wade. Here's what's happening…and how you might be feeling 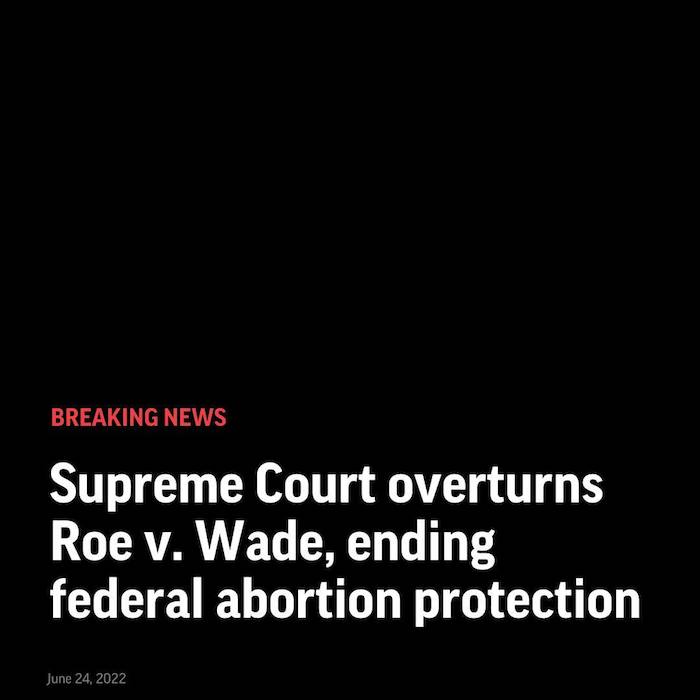 Today's decision by the Supreme Court to strike down Roe v. Wade (1973) means that women will no longer have the right to an abortion under federal protection. Rather, access to abortions will now be determined by states, many of which hold strict penalties for women who seek out such services. This decision comes after a draft of the majority opinion was leaked in May.

For some people, this is a moment of victory, the end of a decades-long battle. For others, this decision them feeling scared, doubtful or anxious. Either way, millions of Americans are currently experiencing the same wave of emotions.

For those who feel this is a setback, know that, while citizens cannot control the rulings of the Supreme Court, they can gather together to express frustration and voice dissenting opinions while still acknowledging and respecting the opinions of those with whom they may not agree. Same goes for those who wish to express their support for the opinoin.

Want to make *your* views known? Platforms like Instagram and Twitter are easy ways to join the conversation. However, allow yourself to step away from the screens if you need time on your own to process your feelings.

Journaling, meditating and/or talking to a trusted friend or family member are other tools for working through heavy emotions.

If you're old enough to vote, spend time learning about where your state's leaders land on tough topics.  And, if you aren't able to vote, keep in mind that your voice is just as worthy of being heard. Remember: Exercising civic duty extends to leading discussions and taking part in peaceful gatherings.

For more information on the overruling (and ways to get involved if you don't agree), check out the American Civil Liberties Union website, as well as Politico's statement on the decision.