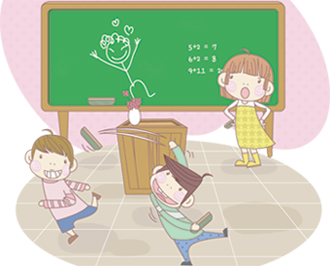 It’s almost scary to think about but there are daily reminders about gender roles everywhere (think about boy colors versus girl colors!). One age-old classroom stereotype is that boys are genetically more instinctive at math than girls. Foxnews.com reported on a study that shows this belief is based on society and gender inequality than actual hardwired facts.


The study showed girls can perform just as well as boys in math and, although girls do worse than boys in math in some countries, it's normally in places were there are giant gaps in gender equality. There isn't a hardwired difference in number-crunching abilities.  Researchers believe that math stats aren’t related to gender, per se, but in the access of mathematical resources available. So, it's time to ace that algebra final!

Blog it out...What do you think about this gender study? Have you ever encountered a teacher that favors the boys more in class?