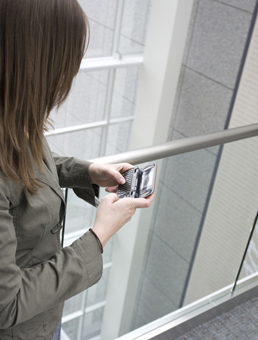 It’s second period and you’ve just heard some juicy gossip. You’ve gotta let your BFF know ASAP! Your teacher’s head is turned--do you flip open your phone and start punching away? Texting during school hours has become much more common in recent years and it’s especially on the rise among younger students.

But it may be time to put a limit on those urgent texts to your pals. According to ABCNews, not curbing this habit could cost you. A number of school districts in Texas have begun enforcing fines for when students are caught texting in school. Your phone is taken away, as is the case in most districts, but now, you’re also slapped with a $15 fine each time.

Suddenly feeling less of an urge to text? These school districts hope the fine convinces you to keep your phone away between the first and final bell of the day, including during your lunch period. To adults, teen texting has gotten out of control, so by charging them for this bad habit, the school is not only discouraging use, but also earning some revenue.

One specific school district in Texas has had this policy in place for two years and has collected over $100,000 in fines. Still, they insist it was not intended to be a fundraiser--they just want to end all the texts. So far, there are no indications of whether the fines are significantly reducing texting in school, and the profit is the only sure thing.

Are these fines reasonable or do they go too far? Are students at your school text-crazy or are these schools exaggerating? Blog it out!

POSTED IN dealing with gossip