On DVD: The Secret of Moonacre 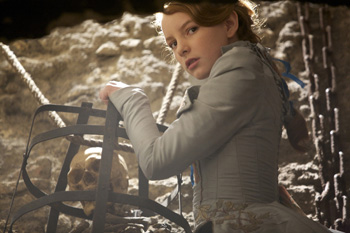 The newest family-friendly flick that you won’t wanna miss, The Secret of Moonacre, is now available on DVD! This movie adaptation of Elizabeth Goudge’s novel The Little White Horse — claimed to be one of the inspirations for Harry Potter — centers on 13-year-old Maria Merryweather who, after her father’s death, is forced to leave her cushy London life to live with the uncle that never knew existed, in his mysterious Moonacre Manor.
Maria’s only inheritance from her late father? A book containing the story of two families who have been fighting over a set of magical pearls for decades. She soon learns that not only is she the descendant of one of the families, but if she doesn't succeed in bringing the two back together, she may not survive. The stakes are high in this life-or-death search — will she find the jewels in time? And will the two families finally be able to swallow their pride and make peace?

If you love fantasy, you will definitely love this flick! It is thrilling, totally exciting and will keep you on the edge of your seat until the very end. Not only are the costumes and sets totally impressive, but the budding romance between Maria’s uncle and his long lost love is completely adorable. A Dove-approved family-friendly movie, the DVD contains 90 minutes of bonus features, including deleted scenes, cast and crew interviews, an on-set “making of” featurette and loads of other behind-the-scenes goodies.

Be sure to check out The Secret of Moonacre with your clan. Then come back and let us know your thoughts.

Are you a fan of fantasy films? Blog about it, babes.

POSTED IN DVDs, watch this 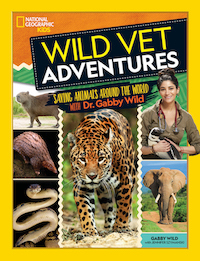 Journey around the world with wildlife veterinarian, planet protector and eco-fashion pioneer, Dr. Gabby Wild. Oh, and you'll meet lots of incredible creatures along the way, from fierce lions to playful pandas. Enter to win here!