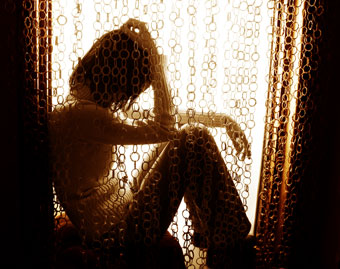 E! is adding a fresh show to its image-heavy lineup. “What’s Eating You” is a new documentary-style series premiering tonight at 10 p.m. ET.

You won’t see a celeb angle or scripted happy ending on this surprisingly serious six-parter. Instead, you’ll find a reality show rarely seen on the small screen: the truth about living with and overcoming eating disorders.

Though the series will focus on both guys and gals, tonight’s debut episode follows two women. Adrienne is a professional dancer whose flourishing career is threatened by her increasingly extreme look. She’s been anorexic for years. Danni, on the other hand, is battling bulimia. The disease has already cost her family tens of thousands of dollars and now she’s struggling to prevent it from taking her life, too.

No vampires. No teen drama. No luxe bags or hip fashions. This is real life, babes. Don’t miss out.

Got somethin’ to say? Blog about it, girlies.