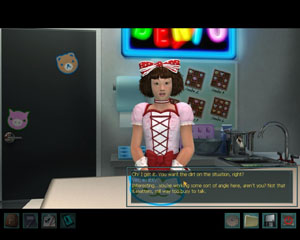 We tried out her latest interactive adventure for WIN/MAC and have to say, it’s the scariest Nancy Drew mystery yet!

Step into the shoes of Nancy Drew yet again as she travels to Japan to unravel the mystery of a haunted ryokan—a traditional Japanese inn. The inn is haunted by the ghost of a woman who was lost down a well. And some say she will come out for revenge.

When mysterious things begin happening around the ryokan, it’s up to you (as Nancy Drew) to figure out how to stop it. What’s cool about this game? You can take the train all over Japan to search for clues, solve puzzles and learn about the Japanese culture. 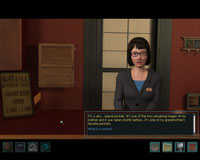 Pick up Nancy Drew: Shadow at the Water’s Edge (in stores now) and play…if you dare!

And for all you Nancy Drew fans, get ready for the next big thing in mystery gaming. Starting in December, you can solve mysteries on the go with the release of Nancy Drew Mobile Mysteries: Shadow Ranch, compatible with the iPad, iPhone, and iPhone Touch, and allows you to solve up to seven mysteries while you’re out and about. Neat!

If you could travel anywhere in the world, where would you go? Blog about it, babes.

Girls can do anything—and this book proves it 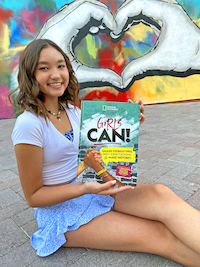 Who can? Girls Can! Check out this *totally* inspirational read and find out why our November Bestie Book Club girls are feeling motivated to reach for their biggest dreams right HERE.