My Life as Liz is back! 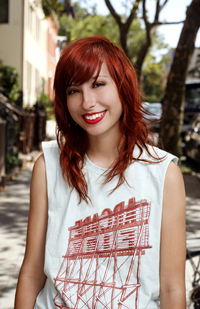 Liz Lee has become MTV’s newest phenomenon. In the first season of the network’s My Life as Liz, we watched her transform her senior year into something she’ll never forget. But Liz has packed up and moved to New York. Now an art student at Pratt Institute in Brooklyn, Liz has a whole new world to combat.
Girls’ Life got a sneak peak at the brand new season, which premieres tomorrow night, February 8, at 11 p.m. ET/PT (so set your DVRs) and we’ve gotta say, you girls are definitely in for some surprises.
Liz is struggling to keep all of her friends from Texas close, while figuring out this new long distance relationship thing (especially when there are totally cute guys that find you digging in the trash!). New York is an entirely different picture for her, and she’s having a tough time fitting in.
But really, why fit in when you were born to stand out? Catch the premiere of My Life as Liz, Season 2 on MTV tomorrow night to see why.
What’s one thing you would do to try and stand out? Blog about it, babes. 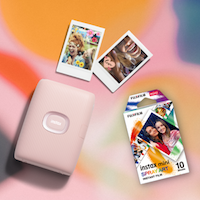 Get set for the ~ultimate~ crafting sesh: One lucky GL girl will win her very own Fujifilm Instax Mini Link 2 Smartphone Printer plus five Instax Mini Spray Art instant film packs (worth $179!). Send pics from your phone and print to the Mini Link 2 in a matter of minutes—then get decorating! Enter to win here!