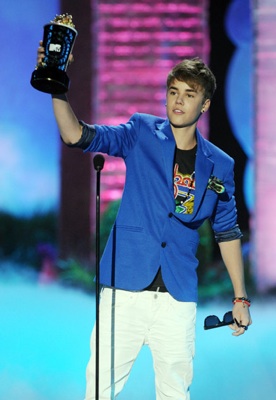 Photo by Scott Gries/MTV/PictureGroup
Twihards, Beliebers, Harry Potter fans and their favorite stars came together at last night’s 2011 MTV Movie Awards to bring a show that was chock full of cuteness, laughs and surprise smooches.

Twilight was the big winner of the evening, walking away with a grand total of five awards. Justin Bieber surprised everyone when he took to the stage to accept “Best Jaw Dropping Moment”. What a relief too, it was starting to look like a Bieber-less night.

Jaden Smith even made an appearance (well, not really. It was comedian Aziz Ansari dressed up like him.) However, we think all Twihards would agree that Robert Pattinson stole the show when he planted a kiss on co-star Taylor Lautner after winning “Best Kiss” with Kristen Stewart.
Missed all the action? Don’t worry we’ve got the deets on some of the big winners right here, along with who we wanted to win. Be sure to check out the full list on mtv.com.
Best Movie

Amy Adams vs. The Sisters – The Fighter

Adam Sandler – Just Go With It

Russell Brand – Get Him To The Greek

What was your favorite moment from the 2011 MTV Movie Awards? Blog about it, babes. 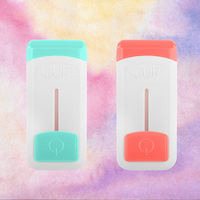 Keep your lips moisturized on the go with the Qür Clip Balm set. Enter here!