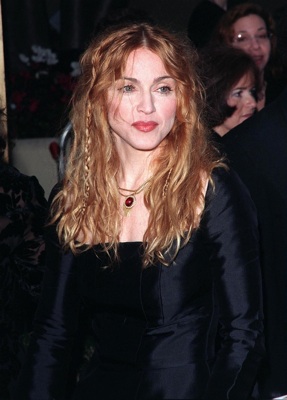 You may think Madonna is way past your time, but then you’d be wrong. Her music is timeless. You can listen to her old songs and still fall in love, and her new music is just as radio-worthy as any pop star you can think of.

This Sunday, Madonna has scored the honors of performing during the half-time show at Super Bowl XLVI. That woman knows how to give a performance! Just look at these top five music vids from the original Queen of Pop.

If you watch Glee, then you have already heard this song. Don’t get confused though—NOTHING compares to the original version. Madonna sure knows how to vogue with the best of them.

This song is so catchy, you’ll be humming along to the melody forever. Besides the music, the black outfit she wears in this video is totally rockerish without revealing too much. So perfect!

This video really showcases the style and persona Madonna has. Her daughter has helped create a clothing line at Macy’s called Material Girl based on Madonna’s styles. And the styles in this vid are what Madonna is most famous for, besides her music.

“Me Against the Music”

Britney Spears is the main singer in this video, but it features Madonna. Two huge pop stars in one video? What more could anyone want?! The two powerhouses compliment each other really well. And when this video came out, everyone fell in love with it.

Fast-forward is what this video is on. It’s moving at super speed and makes for a really interesting music video. Be prepared to get up and start dancing when you watch this!

Be sure to catch Madonna’s half-time performance during Super Bowl XLVI, which kicks off this Sunday, Feb. 5, at 6:30 p.m. ET on NBC.

What’s your favorite Madonna music video? Blog about it, babes.