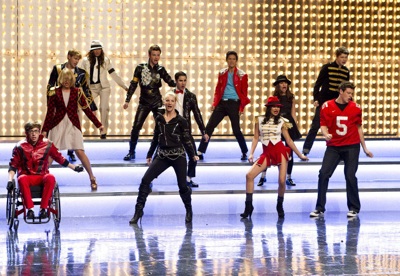 That sad day is almost upon us. We’re talking ‘bout none other than the season 3 finale of Glee on Tuesday, May 22. We’ve enjoyed all the song covers this season, the relationships and the humor, but it’s almost time to say “Goodbye.” Well, at least until season 4 airs.

There have been so many amazing moments this season, but there are a few that have definitely stood out in our minds. So before enjoying this season’s finale episode and watching some of our fave characters graduate, reminisce about these awesome moments from the past few months…

We were all so happy that Kurt and Blaine finally got together, but being in separate schools is totally hard on a relationship, especially a new one! It was super awesome that Blaine transferred to McKinley High and joined New Directions. Now we get to see and hear more of him!

Mercedes stands up for herself and her voice. Can you say Mercedes vs. Rachel voice battle?

Her new BF at the time, Shane, encourages Mercedes to go all-out for the lead role in West Side Story against Rachel. She does exactly that and finally stands up for herself—and for her amazing talent. After being offered to split the role with Rachel, she rejects the offer because she knows she deserved the whole role. So strong!

Rory Flannigan the Irish, fake-leprechaun, comes to McKinley High and to New Directions

This cutie pie Irish guy sweeps into McKinley High and makes Brittany believe he is a leprechaun and can grant her three wishes. OK, so it isn’t very hard to convince Brittany about anything really, but still, so strange!

The Troubletones perform a mash-up of Adele songs

All of Adele’s songs are perfect, so to hear a mash-up of them was amazing! Plus, the Troubletones are all strong, independent and talented girls and brought all their power to this performance.

Rumour Has It / Someone Like You (Glee Cast Version) from Alexey Porcelain on Vimeo.

Mike’s father had always been telling Mike he should stop wasting his time on dancing and start getting serious about medical school. His father coming to watch sectionals was a huge step! And after realizing that his son, Mike, was meant to dance, he tells him to apply to the best dance schools. Gotta love it when parents are supportive!

Blaine and big bro, Cooper, sing “Somebody That I Used To Know”

Blaine and Cooper have never had that good of a relationship because Cooper was always hating on Blaine. They sort of fell out of touch when Cooper became a kind-of famous actor. This performance was super emotional and fit in perfectly with their storyline!

Michael Jackson duel between the New Directions and the Warblers

One performance of a Michael Jackson song is good, but turn it into a Michael Jackson duel and it becomes amazing! The Warblers battle against the New Directions in a sketchy garage to see which glee club performs Michael best. Unfortunately, it ends with Blaine getting slushied by annoying Sebastian.

Two marriage proposals wrapped up in one episode

Will enlisted the help of his glee club to make his marriage proposal to Emma special. And special it was. They performed a song all the while doing some synchronized swimming, ending with Will popping the big Q, in which Emma of course said, “Yes!” At the end of the episode, Finn decides to pop the same question to Rachel. Crazy!

Don’t forget to catch the Glee season finale when it airs May 22 at 8 p.m. ET/PT on FOX.

What are your fave Glee season 3 moments? Blog about it, babes.