So, why should you check out Teen Wolf season 2? 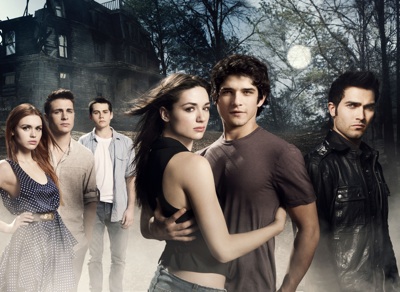 It only took us one season to fall in love with Teen Wolf and all of the characters in the show. When it ended, we sobbed for a bit, and then we just started to think about how much we couldn’t wait for the next season.

Well, the time is finally here! Right after this year’s MTV Movie Awards on Sunday, June 3, season 2 of Teen Wolf will premiere as part one of a two-part special! The second part premiering the following night, June 4, during the show’s normal time slot of 10 pm ET/PT.

Obviously everyone should be checking this season out, but if you’re still not sure if you’re going to, here’s why we think it’s a total must!

More of the cute boys you love

Tyler Posey, Dylan O’Brien, Tyler Hoechlin and Colton Haynes lead the cast of hot boys in this show. They are often broody, often in the middle of the action, but always attractive. We love these boys and can’t get enough of them on our TV screens.

It’s the old story of boy loves girl and girl loves boy, but boy and girl shouldn’t be together. And just like how most of those stories end, they end up together and we couldn’t be happier! Allison, daughter of a big-time werewolf hunter, and Scott, a werewolf, have fallen in love and don’t see any way out. At the end of last season, they decided they would give their relationship a good try and we can’t wait to see what happens next.

It’s usually dark in this show and the characters are usually near—or in—the forest, yet Allison and Lydia are always dressed like they are in the pages of a magazine. We want to steal every single one of their outfits and can’t wait to see which season 2 pieces we’ll quickly wanna mix in with our own wardrobes!

One of the funniest characters on the show without a doubt is Stiles. He is sarcastic and has perfect timing with his comments. The other characters, like Scott and Derek, are often so serious in the midst of all the show’s drama. Stiles’ humor makes the show just that much better.

Be sure to catch part one of Teen Wolf’s season 2 premiere this Sunday, June 3, at 11 pm ET/PT, right after the 2012 MTV Movie Awards!

Snag a peek at the new season below…

Who’s your favorite Teen Wolf character? What are you looking forward to most in season 2? Blog about it, babes.