Which cutie should Jane Quimby choose? 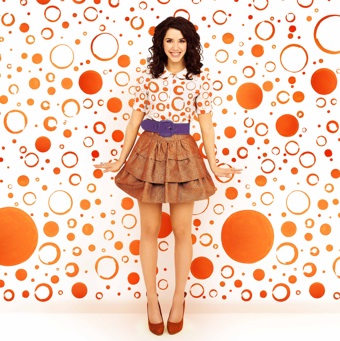 Jane Quimby has an awesome job as an assistant at a fashion company. It’s the start of her dream career. Plus, she’s only in high school!

The problem that might get in the way of her dreams? The three guys who all want her attention! What makes the decision even more difficult is that they are all total cuties. The mid-season end of ABC Family’s Jane By Design left Jane with a big decision to make. So before tonight’s mid-season premiere, let’s break down her choices with a little pros and cons for each boy…

-He is an athletic baseball player

-Jane’s had a crush on him forever

-He cheated on Jane

-He isn’t good at expressing how he feels

-He’s always there for Jane

-He has the bad boy look, but he’s the sweetest boy around

-Sometimes, it’s hard to go from best friends to boyfriend/girlfriend

-He has a very hot accent

-Jane and he work well together

-He doesn’t know who the real Jane is

-He is a lot older than Jane

So, who will Jane choose? Be sure to watch all the boy drama when Jane By Design returns tonight at 9 p.m. ET on ABC Family.

Which guy do you think Jane should choose? Blog about it, babes.