It’s almost impossible to forget the shocking Season 3 finale of Pretty Little Liars that aired in March. From Ezra and Aria’s breakup (which we were NOT happy about!), to the revelation that Ali is still alive (we think…), the last episode was loaded with surprises. But we were also left with a TON of questions—questions we are hoping will be answered when Season 4 returns tonight at 8 p.m. ET/PT on ABC Family. Read on to find out what we’re hoping to clear up.

Will Ezra and Aria get back together?

Our favorite PLL couple came to a surprising end last episode. While Ezra wanted to stay together and still had hope for the relationship, Aria was done trying. We have a feeling they’ll end up together, though. They’re meant to be, right?

We all saw Ali in the red coat, but it just doesn’t make sense. How is Ali alive?! Has she been redcoat all along?

Is Toby telling the truth?

Toby claimed the only reason he was working with Mona was to protect Spencer. Do we believe him? After all the lying he’s done, it’s hard to trust anything he says anymore.

What’s in the trunk?!

At the end of the last episode, the girls see the cop car they thought they had gotten rid of. When they open the trunk, all five of them gasp and look horrified. Naturally, we never get to see what’s in that trunk. But we want to know! We think it might be a body, but if it is, whose is it?

What do you wanna see happen on tonight’s episode? Do you believe Ali is actually alive? @GirlsLifeMag will be live-tweeting the premiere at 8 p.m. ET tonight, so be sure to follow along and share your two cents.

What Q do you want answered in this season of PLL? Share in the comments below.
Love this post? You'll heart these too...

+ Get the latest on the Hollywood gossip
+ Aww, our fave celeb father-daughter duos 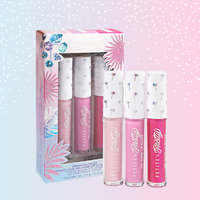 Dreaming of an amaze vacay? We're ringing in the holiday szn with our biggest giveaway of the year: a fabulous getaway to Nickelodeon Hotels & Resorts Riviera Maya plus a prize pack of beauty goodies, featuring this Petite 'n Pretty Snow-Glowed 10K Shine Lip Gloss Trio. Click here to enter!