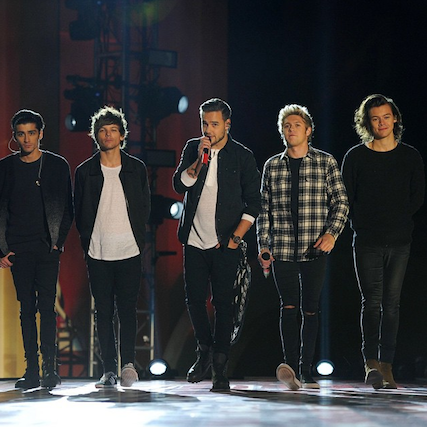 Five years ago, a group of talented teen boys looking for fame were united on The X Factor to form one of our favorite boy bands of all time. Within no time, Harry Styles, Liam Payne, Louis Tomlinson, Niall Horan and Zayn Malik stole our hearts with their dreamy looks and even better voices. They’ve had countless hits, sold out concerts and awards, but lately One Direction's had some changes.

With Zayn leaving the group, Louis possibly becoming a father and Simon Cowell talking of the band potentially taking a break, Directioners have been going through a rough time. But instead of worrying about their future, let’s rewind through the past five years of Harry, Liam, Louis, Niall and Zayn with some #TBTs to honor yesterday's five year anniversary.

Their first single, “What Makes You Beautiful,” won the hearts of teen girls everywhere. Who can forget the music video of the guys jamming on the beach? We’d give anything to splash in the surf with them.

For their second album, 1D gave us “Live While We’re Young” which we went “crazy, crazy, crazy” for. They also melted our hearts when they showed us a deeper side with “Little Things."

When we heard One Direction was getting its own concert movie, we freaked. Then came their song “Best Song Ever” (which might actually be one of the best songs ever). Their signature hairstyles were perfected and so were our plans for a wedding with one of the members.

All grown up (facial hair included) and better looking than ever, 1D blew us away with their most recent album. Their video for “Night Changes” proves the guys still have their hilarious charm that made us fall in love with them five years ago.

Which One Direction moments have been your favorite over the past five years? Tell us in the comments.