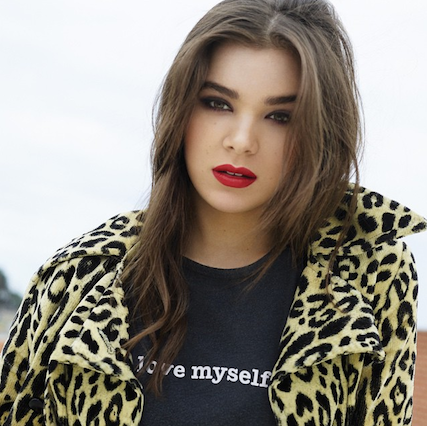 Here at GL HQ, things have been a little crazy getting ready for our 2015 Fashion Bash event, but our favorite stars have been keeping just as busy this week. Who put together an amazing reunion and which movie is getting its own TV show? Read on to find out.

Every time the cast of one of our old favorite shows get together, we basically freak out. But after Raven-Symoné retired, we weren't sure we'd see the That's So Raven cast back together. But we were totally (and awesomely) wrong, because Ray, Chelsea, Eddie and Cory all have a special surprise for us in store. We can't wait to hear more about what it is.

We knew from Pitch Pefect 2 that Hailee Steinfeld had basically the most amazing voice (plus, who can forget that acoustic cover of "Stitches" with Shawn Mendes himself?). Thursday, though, she finally dropped her first single on her own, and "Love Myself" is not just empowering, it's also SO much fun. We know we'll be jamming along to anything Hailee puts out, and we can't wait to hear even more original music from the actress(/singer, now!).

After Disney's Descendants shot to the top of the ratings game (seriously, it even been Teen Beach 2), we knew it wouldn't be the last we'd see of Mal, Evie, Jay, Carlos and the rest of the gang—but we didn't realize we'd be seeing them again so soon. After fans demanded more of the bad-gone-good gang, Disney announced that a Descendants Wicked World animated series was in the works and would debut September 18th. The show will feature on life in Auradon and the Isle of the Lost after the events of the movie. Catch your first glimpse here.

There's no way you haven't heard by now, but just in case: Unfortunately, our favorite musical couple have officially called it quits after two years of engagement. Some sources are saying that Zayn's the one who pulled the plug (and that he broke it off over text—ouch). It also looks like Perrie's not only unfollowed Zayn on Instagram, but also deleted all the pics of them together. Guess they're not about to stay friends after all. Still, we're sure both stars are struggling with the decision, and our hearts go out to them.