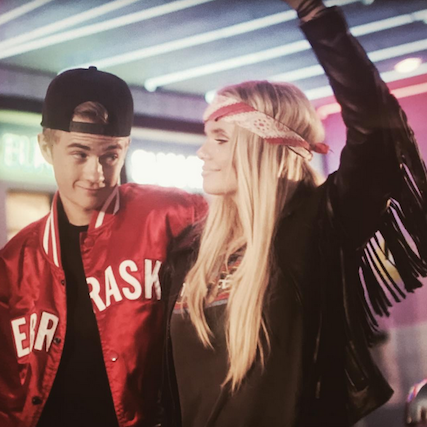 This week flew by and we are so ready for the weekend! Some of our favorite celebs have been keeping busy and we’re here to give you the 4-1-1 on all the exciting news. From new music and movies to honorary degrees, this week had it all.

It’s no secret that Ed Sheeran has completely changed the music industry and is one of the most unique sounding artists of this generation. Not only is he a talented lyricist and performer, but now he's a doctor, too (well, he's got a doctorate). The University Campus Suffolk is awarding Ed with an honorary doctorate for his outstanding contribution to music. This award is extra special since Suffolk is where Ed calls home. On the doctorate, Ed said, “Receiving this recognition is a real privilege. UCS is at an exciting point in its development and I look forward to building like with UCS and its student in the months and years to come.” Is there anything Ed can't do?

This has been an exciting year for our current cover girl Dove Cameron. Between her hit show Liv & Maddie and the incredible success of Disney's Descendants, she's been busy, but not too busy to work on another totally different project. The artwork and trailer for her new movie, Monsterville: Cabinet of Souls was just released and we couldn’t be more excited. Based on the thriller Goosebumps book by R.L. Stine, Monsterville stars Dove opposite her RL-boyfriend Ryan McCartan as high school friends who get more than they paid for at a local Hall of Horrors show. The movie is set to release on DVD on September 29th, just in time to be the go-to movie for Halloween season.

We've been patiently awaiting Alli Simpson’s next single ever since she dropped her first three. Thankfully, the wait is finally over. Alli released both her new song and the video for it earlier this week. "Roll ‘Em Up" features Vine-turned-music stars Jack & Jack and holds a completely different tune then her other singles. The song was originally recorded by Selena Gomez and Alli’s older brother, Cody, but when the duo decided not to release it, they gave it to Alli and she knew that it was going to be a hit. From the moment the song starts, its infectious beat will get stuck in your head. Check it out.

If you didn’t know that we celebrated Girls’ Life’s third annual Fashion Bash this past weekend, then you obviously don’t follow us on social media. Here at GL HQ in Baltimore, we threw the hottest pre-party for the One Direction concert and tons of you showed up to party with us. With free goodies, celeb meet and greets, killer performances by all of our new up and coming BFFs like Skylar Stecker and Spencer Sutherland, and an ah-mazing fashion show, it was an awesome time. We want to say a huge thank you to everyone who came out—and see you next year!