Update: All of Rory's former flames are returning to Gilmore Girls 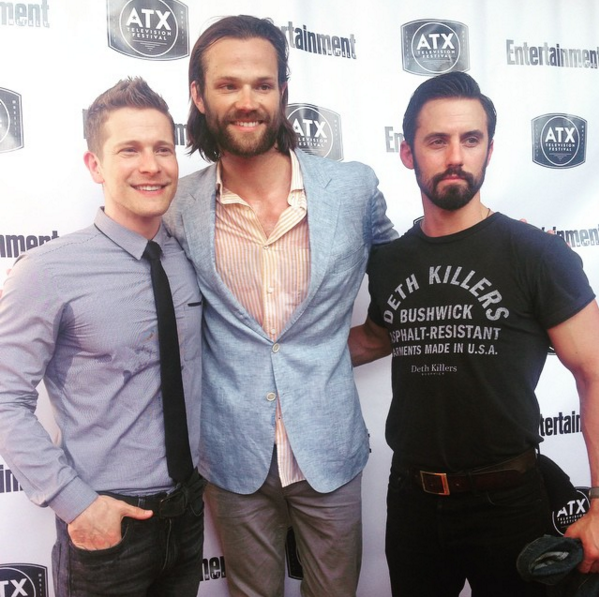 Throughout Gilmore Girls' run, Rory had a couple different boyfriends—and in the years since the show ended, fans have still had heated debates about which of her BFs was best. But wehther you're Team Dean, Team Jess or Team Logan, you're in luck, because all three actors—Jared Padalecki, Milo Ventimiglia and Matt Czuchry—have confirmed they'll be back in the GG revival.

Set to debut on Netflix, the revival will feature four new 90-minute episodes, each focusing on a season of the year—and fans have a lot of questions. Namely: Which boyfriend will Rory reunite with—if any?

Rory's love life has always been a topic of disagreement, so we'll be interested to see what happens with all three boys back in play. But Dean, Jess and Logan aren't the only characters returning to Stars Hollow. Variety has also confirmed that Rory's dad Christopher (David Sutcliffe), Paris (Liza Weil), Kirk (Sean Gunn), Lane (Keiko Agena), Michele (Yanic Truesdale) and April (Vanessa Marano) will also be making appearances.

Eight years after the finale, we're excited to see what's next for our favorite GG characters.

Who do you think Rory belongs with? And what other characters do you want to see in the revival?

Who's the funniest YouTuber?