Press play on "Hands," a beautiful tribute to victims of the Orlando shooting

“Hands…They can break the world. They can change it too.”

The world stood still on June 12th, as the lives of 49 members of the LGBTQ+ community were lost when a shooter entered a nightclub in Orlando, Florida and open-fired on the crowd. Almost a month later and our hearts are still broken over the deadliest mass shooting in U.S. history. To pay tribute to the victims, Justin Tranter, Julia Michaels, and BloodPop came together and penned the song “Hands." The new single features many of today’s biggest stars, who also grieve for the lives lost and the families of the victims from the Orlando massacre. Britney Spears, Selena Gomez, Jason Derulo, JLo, Meghan Trainor, plus many, many more contributed to this project, each singing a different verse or chorus.

Listen to the track here:

The song isn’t just to pay tribute, though: proceeds from the track will be donated to the Equality Florida Pulse Victim Fund, the GLBT Community Center of Central Florida and GLAAD in hopes to help those affected and to prevent acts like this in the future.

So no matter where you are in the world, you can help the famalies of the victims by purchasing the song.

POSTED IN music we love, Britney Spears, Meghan Trainor, TRENDING, In the News, Must List 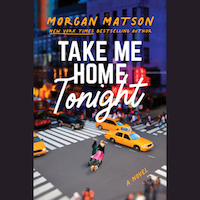 Two BFFs sneak off to NYC for the best night ever. Enter to win here!