Live in a Pokemon world with Pokemon Go 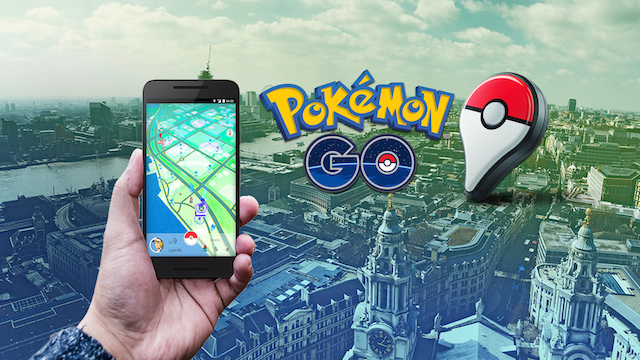 “We all live in a Pokémon world!” Thanks to latest Nintendo's, the lyrics to your favorite theme song are now true. If you haven’t already heard, Nintendo recently released the best thing since sliced bread: Pokémon Go. The hot new gaming app can be downloaded onto your iPhone or Android, and has completely changed the way we game.

Pokémon Go has what's called an "augmented reality", which means that what you're seeing in the game is real life, but has been enhanced by something computer generated. In this game's case, the reality comes from your camera phone, capturing where you are in real time, and adds the Pokémon catching feature on top of this. But what makes Pokémon Go different from other augmented reality games? The walking aspect. Yes, you can't use video games as an excuse not to get outside anymore because Pokémon Go requires you to get up and move to be able to access all of the game's incredible features. The app paired up with Google Maps to create a virtual reality that you can recognize, and one that is constant for everyone playing in your area.

The app knows your area's local landmarks, places of popularity and historic spots, and creates what's called a "Poké stop". By walking around these Poké spots, you can collect items and catch Pokémon. Some of the items you collect might include a Poké egg, which also increases the exercise component of this game. Once you place your egg in the incubator, you gotta start walking for it to hatch. Each egg requires a different amount of steps to hatch your new Pokémon, and people are loving that it's forcing them to get a little more exercise than they normally would, but in a super fun way.

If you weren't already convinced that you need to start playing ASAP, let’s let science do the talking. Players from around the world have recently mentioned that the game has been having some huge positive effects on their mental health. This is due to the fact that it requires people who might battle a mental illness to get moving and to get outdoors. A 2015 study published in the Proceedings of the National Academy of Science showed that when a group of people walked around in nature for 90 minutes, their negative thinking was reduced. So the game's benefits go way beyond being fun to play, it can also have a major impact on your quality of life. What're you waiting for? Go download the game and start catching some Pokémon!

Have you downloaded the game yet? Are you enjoying it so far?