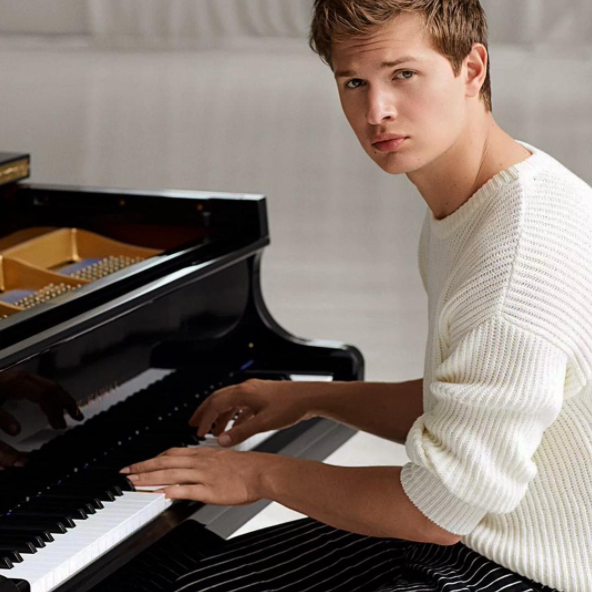 Hello February! With a new month comes new music. This past week we’ve welcomed tons of new tracks including a breakout song from Ansel Elgort, as well as tunes from power duo Dan + Shay, fan fave Zayn Malik and even Nicki Minaj. Start the month fresh and listen to the awesome picks below!

Dan + Shay’s “When I Pray For You” music video

You know we’d be lying if we said we didn’t absolutely adore Dan + Shay’s previous two albums, Where It All Began and Obsessed. This is why we aren’t surprised that their new hit has us completely captivated. The smooth country ballad is about a father’s hopes for his future son and is guaranteed to be a tearjerker. You can find "When I Pray for You" and other hits from greats such as Tim McGraw and Faith Hill by pre-ordering the soundtrack for upcoming movie, The Shack, which hits theatres March 3.

The Fault in Our Stars cutie's first music video is here—and it does not disappoint. It's dark and mysterious, much different from his usual upbeat, happy persona—but it's definitely jammable. You can get a peek of Ansel’s girlfriend, Violetta, as she costars in the vid and after getting a glimpse of his gorg abs and amazing voice, we wouldn’t be opposed to Ansel stealing our hearts.

If you’ve been feeling a little down in the dumps with the chilly weather lately, we’ve got a pick me up! This new track is certain to give you island vibes and get you off your feet. Major Lazer partnered with PartyNextDoor and Nicki Minaj to create this cool beat and we're *so* glad they did. Come summer, you’ll be hearing “Run Up” all over the radio and everyone will be dancing to this future chart-topper.

If you are obsessed with Zayn and Taylor Swift's original version of “I Don’t Wanna Live Forever” for the Fifty Shades Darker soundtrack, you’re going to fall in love with Zayn’s new *swoon-worthy* rendition of the song. This acoustic version is stripped down and sounds so heartfelt compared to the upbeat hit. (We may even like this one more than the original.) Check out the whole Fifty Shades Darker soundtrack when it’s released on Feb. 10 for more amazing collabs!

Awesomeness TV host Lauren Giraldo premiered her first single "Only Lovers" last week and all we have to say is "wow!" Lauren says that everything from the single's lyrics to the artwork are from her own personal experiences. “I have waited so long to have the opportunity to release my own original music and have poured my heart and soul into creating it." You can *definitely* tell that on this track, which you can listen to it here. If you want to see Lauren live, click here for tour dates.

Which version of "I Don't Wanna Live Forever" do you like more? Let us know in the comments!