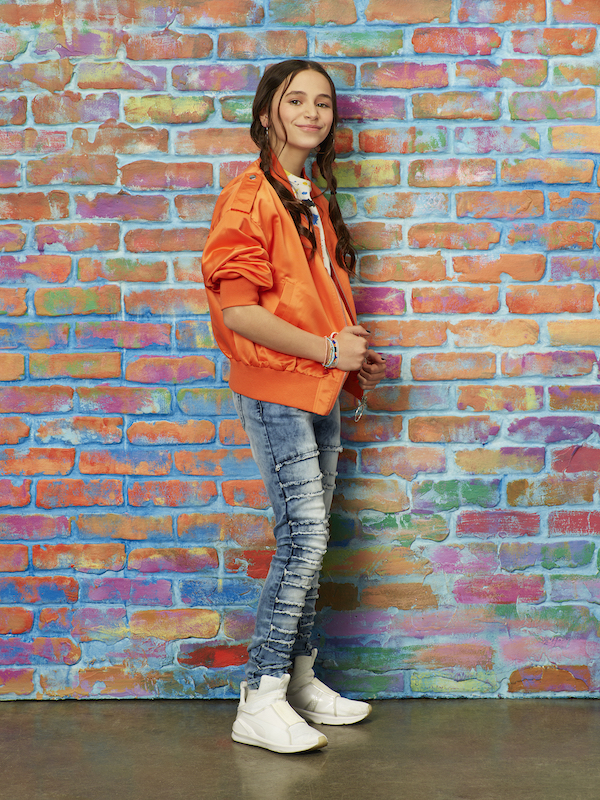 Are you ready to play some b-ball?

Or, at least watch Sky Katz (Tess) show off her sick basketball moves in tomorrow's episode of Raven's Home!? We *definitely* are—and we chatted with the actress who filled us in on her love of shooting hoops and playing point guard.

Did you know that Sky has been playing basketball since she was 3—so awesome! "My dad coached my brothers' basketball team for so many years. When my brother would have practice and games, I'd have nothing to do so I'd play on the sidelines. We'd also play outside at home after school a lot," Sky told GL. She also spilled on her sports role models. "Of course, [tennis player] Billie Jean King. When she beat Bobby Riggs in the famous battle of the sexes, she showed the world that women are strong and equal to men and have to be taken seriously. That is a message that I really relate to and believe in." Us too!

On tomorrow's Raven's Home, we'll also see Tess run into some unexpected problems when Booker has a vision about her heart getting broken. Booker and Levi try to prevent it from happening and, as you can probably guess, chaos ensues. Catch the craziness Friday at 8 p.m. ET on Disney Channel.

Bust first, press play to see an *exclusive* clip below.

Do you play basketball? If so, what position? Let us know in the comments below!