This Youtuber is going to be your new fave Nickelodeon star 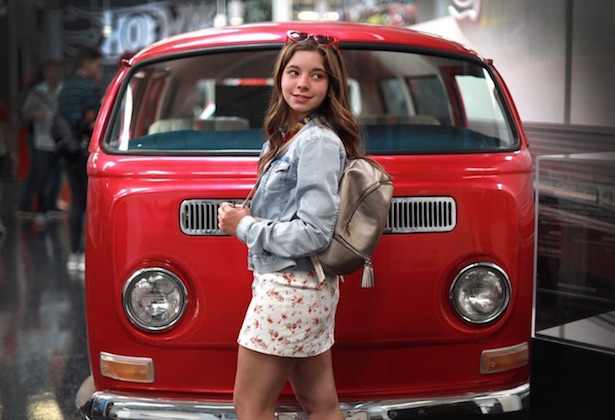 From Justin Bieber being scouted off Youtube in 2007 to Shawn Mendes catching the music world’s attention via Vine in 2013, it’s clear that promising artists can launch real-world careers via the internet. The next name to add to that list? Fourteen-year-old Isabella De la Torre, a musical virtuoso whose first song on Youtube, "Mi Momento (My Moment)", has more than *thirty-five million* views.

Isabella launched her Youtube channel in 2015, but her love for music goes further back: at 7 years old she started taking violin lessons and fell in love with playing. The channel’s success and Isabela’s incredible talent—she plays piano, guitar and the ukulele—has landed her an exclusive deal with Nickelodeon. Since Isabella is bilingual (what can’t she do?) she’ll be appearing in different Nick projects for Spanish and English-speaking audiences.

She announced the deal to her 2 million Instagram followers recently, thanking her fans, dubbed the “balovers,” for their support.

It makes sense that Nick would choose Isabella to rep their company: In 2016 and 2017 she was nominated for ‘Best Influencer’ at the Kids’ Choice Awards Mexico, and had the chance to be a presenter at last year’s awards.

The Mexico City native is achieving her dream of becoming a singer-songwriter, but she also continues to make authentic, vlog-style content for her viewers. Recent uploads include a video about a ghost in her house, her first time trying to drive and prank-calling her friends.

It’s personable, funny videos like these that helped her gain her fanbase, as her followers get to see who she is when she’s not performing. Her Nick deal might introduce her to a wider audience, but it looks like Isabella is staying true to herself, and her original ‘balovers.’

Isabella’s enviable success story shows that the days of being discovered online are not over—all the more reason to grab your besties and record your own music vid this summer.

Are you excited to learn more about Isabella?

Which fast-food restaurant has the best fries?