Before you grab your free tickets and rock out with your besties on Aug. 5 at Rams Head Live! in Baltimore, Md.—and snag free swag, rock a makeover and kick it with our special guests—you've gotta get to know these awe-worthy performers a bit better. 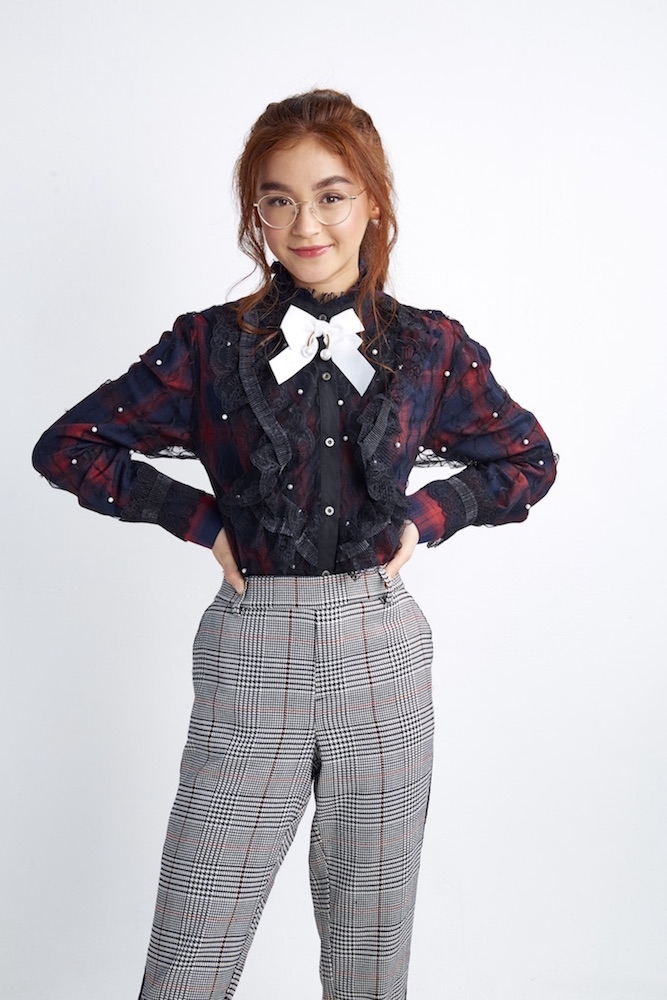 Anna Cathcart, 15
Hometown: Vancouver
Why you heart her: Anna portrays Dizzy Tremaine in Disney Channel's Descendants series and fan-favorite Kitty Covey in To All the Boys I've Loved Before (and its upcoming sequel!).
Why she's stoked for Fashion Bash: "Fashion is so powerful. I love showing others who I am through what I wear—and what's cool is that trying different styles is a great way to figure that out. I'm always looking for pieces that reflect me or will show others my personality." 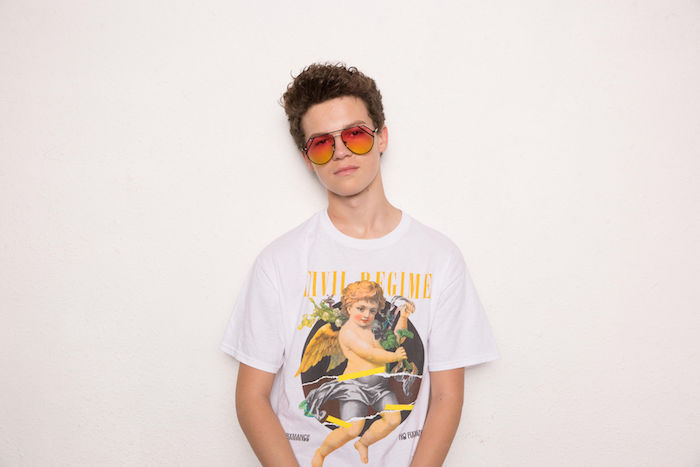 Hayden Summerall, 14
Hometown: Dallas
On the big screen: Hayden will portray Connor in his film, Next Level, out this fall.
Fun fact: His hit track "Different" was written by his bestie Johnny Orlando! "'Different' is about a girl, of course. It's really poppy and upbeat, and I love that Johnny wrote it for me to record. I can't wait to perform it at Fashion Bash this year!"

Jam out to "Different" below. 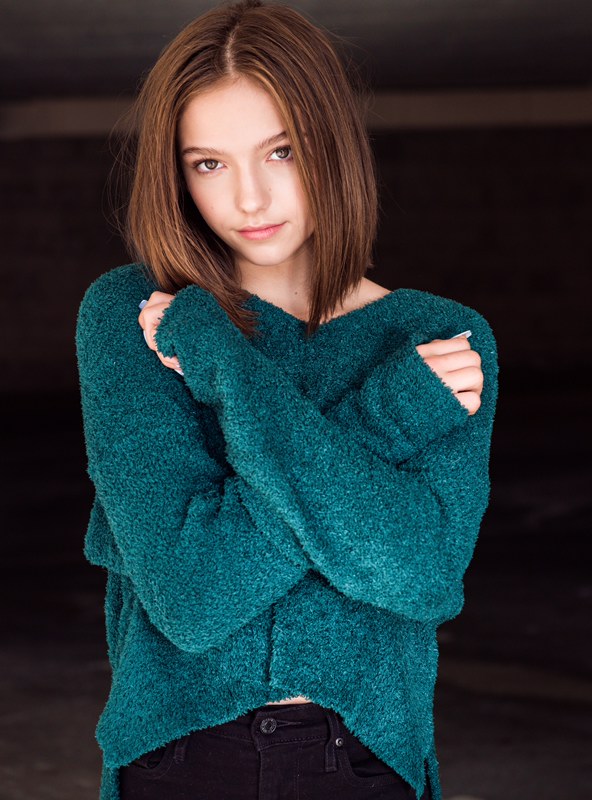 Jayden Bartels, 14
Hometown: Los Angeles
Why you love her new song "The Group": The song's mellow ukulele-centered beat is paired with relatable lyrics about the sadness that comes with being in the group: "the drama, the lies, the fights and now I know what it's really like inside". Jayden wrote the song herself, and directed the heartbreaking music video, which you can watch below.
Fun fact: Jayden worked with her bestie Annie LeBlanc on Camp Nick, "We had so much fun! We're so close, it's a true friendship." 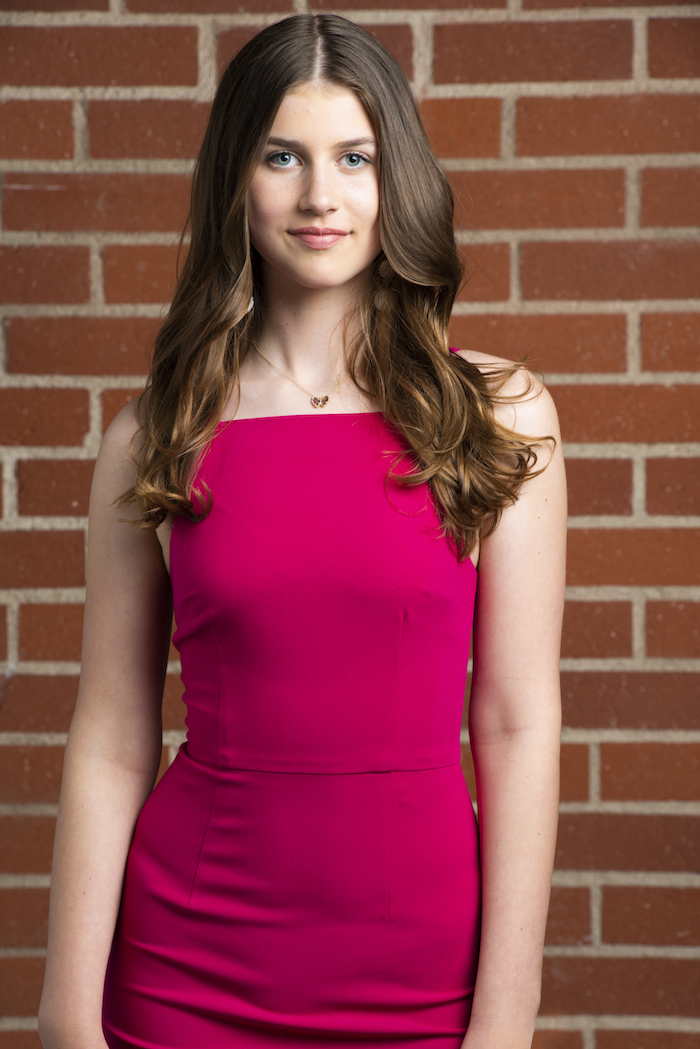 Brooke Butler, 16
Hometown: Malibu, Calif.
Fun fact: Brooke is fluent in French—c'est très impressive, no?
Mark your cal: She'll release her debut EP this fall featuring her track "Dangerous."
Music maven: "Growing up, I always had a passion for music. I could sing the ABCs before I could speak! For me, being able to express what I'm feeling through music is really like a form of therapy." 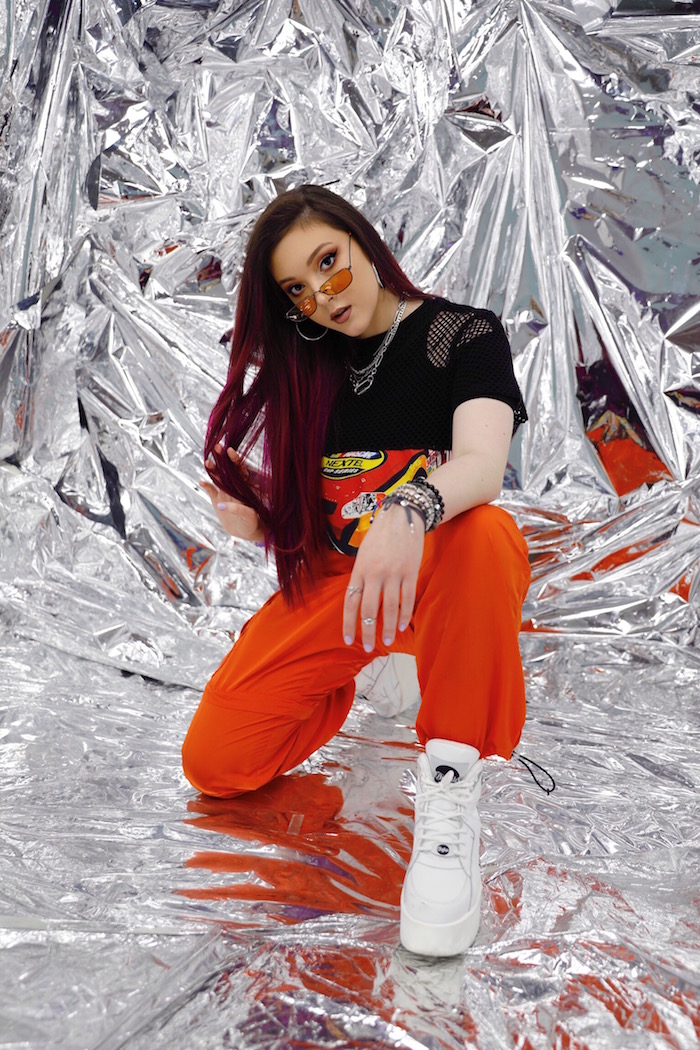 Taylor Felt, 18
Hometown: Darien, CT
Total prodigy: Taylor has been playing the piano, singing and writing songs since she was 8-years-old.
Family feels: "My grandfather passed away from cancer, so I'm a big supporter of Memorial Sloan Kettering Cancer Research. I love the work that they do, and I perform at their events whenever I get the chance."
On the set list: Hear Taylor perform "8 Letters" by Why Don't We, "7 Rings" by Ariana Grande and her original song "Touch the Sky" at Fashion Bash.

Rock out to "Touch the Sky." 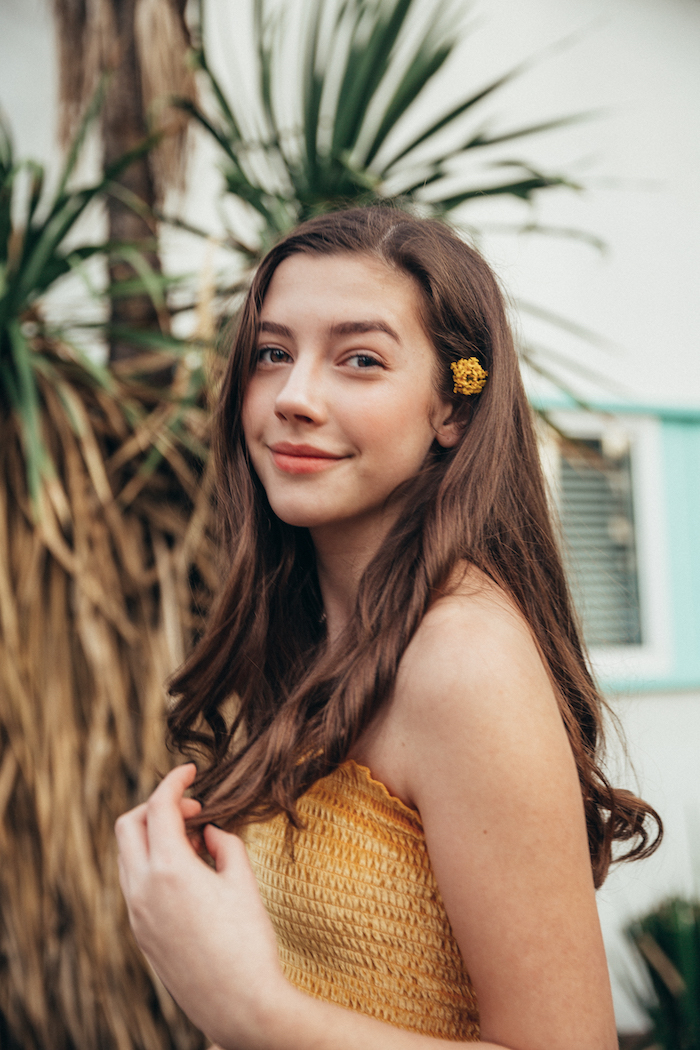 Sissy Sheridan, 15
Hometown: Washington, D.C.
Why you ❤️her: Sissy portrays Angie the theatre queen on Brat's Chicken Girls
On the set list: Get ready to jam out to Sissy's covers of "Sucker" by the Jonas Brothers and "Most Girls" by Hailee Steinfeld.
Girls first: "I believe it's important to support policies and organizations that want to see women advance in all aspects of our society—whether that be in STEM or as the CEO of a company or even the next President of the United States. I want to live in a world where women are equally encouraged to pursue their passions."

For a taste of her talent, listen to "Most Girls." 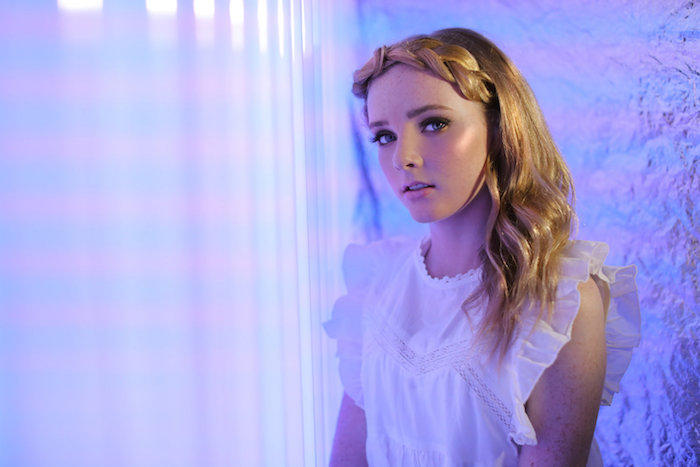 Queeva, 15
Hometown: Chicago
Fast facts: Queeva was voted one of Nickelodeon's Fresh Faces, can speak Gaelic and appeared on an episode of NBC's hit show Chicago Fire.
Sweat sesh: An all-around athlete, Queeva hearts gymnastics and rock-climbing.
Headphones ready: This emerging country artist will release her first full-length album, How Do You Know, this summer.

Listen to her single "How Do You Know." 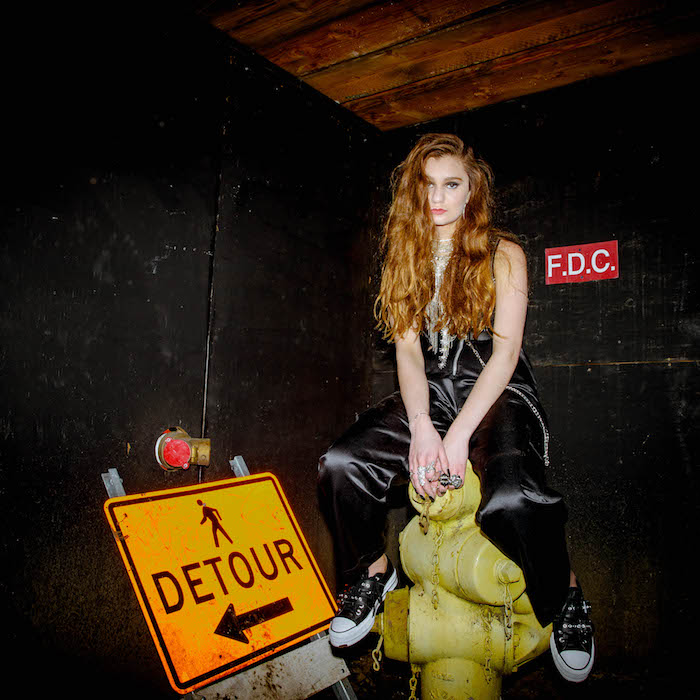 Cloe Wilder, 13
Hometown: Clearwater, Fla.
The more you know: "My song 'Overthinking' is about, well, overthinking—and the anxiety that comes along with that. I hope it allows people to feel more comfortable with being open about their mental health, because that is so important."
Why she can't wait for Fash Bash: "There's nothing like performing live. I just love seeing the faces in the audience and connecting through music."

Press play on "Overthinking" below. 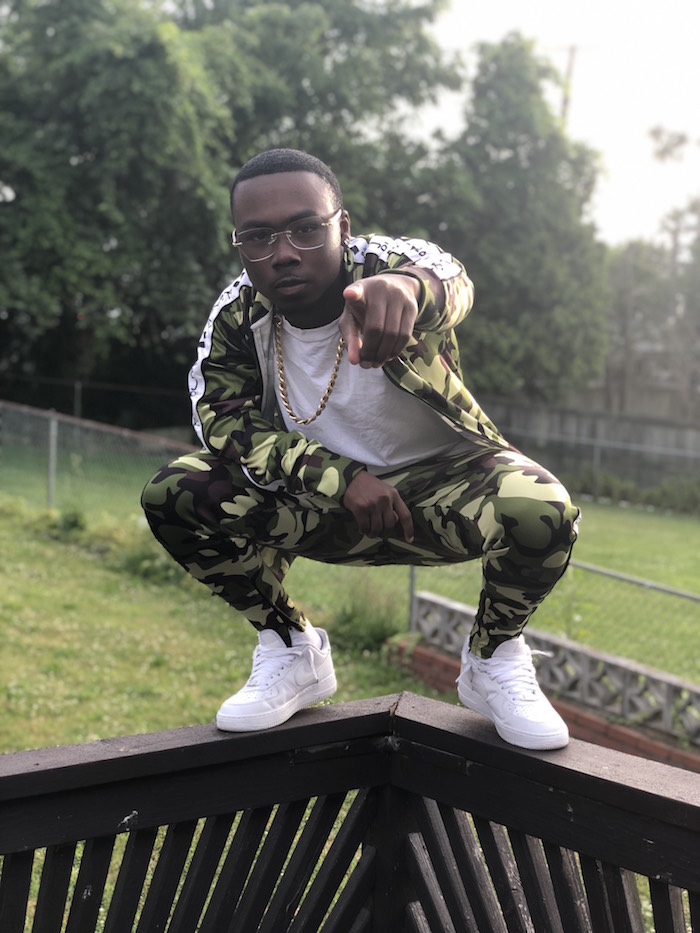 Lil Key, 19
Hometown: Baltimore
On the rise: Lil Key was deemed "the future of hip-hop" by music legend Common and brought the house down last year with his original Fashion Bash rap!
Goodbye, bullies: "I was bullied throughout grade school because of my Brachial Plexus, which caused an injury to my right arm at birth. Dealing with that is one of the things that pushed me to pursue music, so that I could inspire and help others who have also been bullied."

You're sure to grin when you hear "Smile." 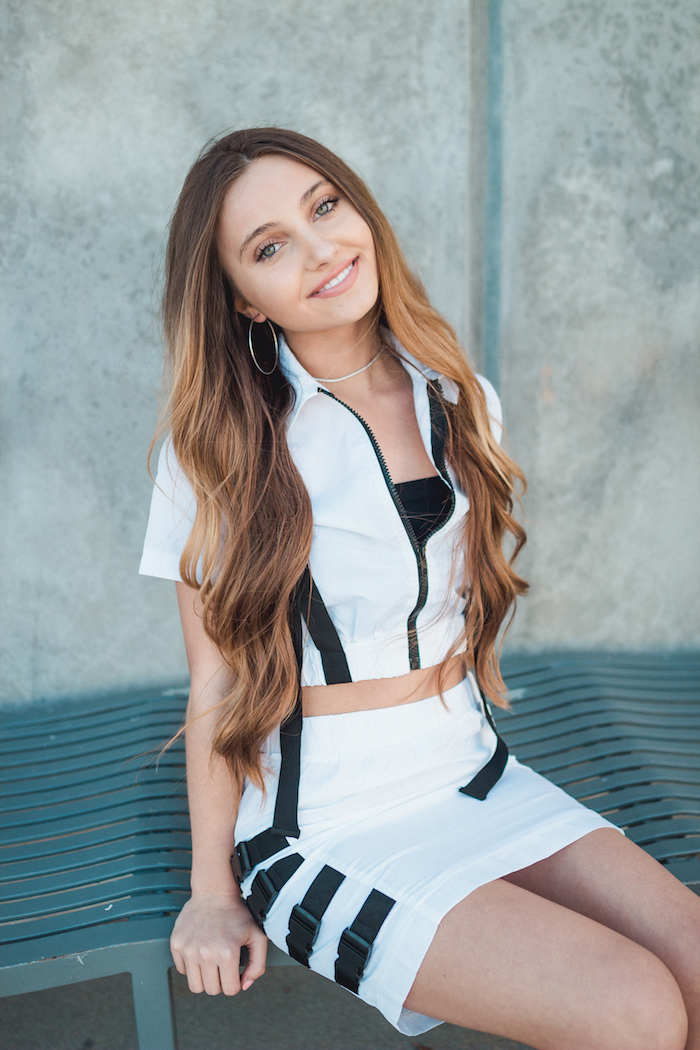 Amira Harvey, 15
On the set list: Get excited to hear Amira's first, never-before-heard original song at Fashion Bash.
Dream duet: Her choice collab? "It's so tough to choose just one artist. I would have to go with Ariana Grande because of her vocal range. She's just amazing!"
Express yourself: "Music enables me to express myself and connect to people. It's not an easy road, but I know it will be worth it because I get to do what I love and hopefully inspire others along the way."

Hear "Home With You" below.