High School Musical: The Musical: The Series will debut on Disney+ when the highly (highly) anticipated streaming service launches on November 12. 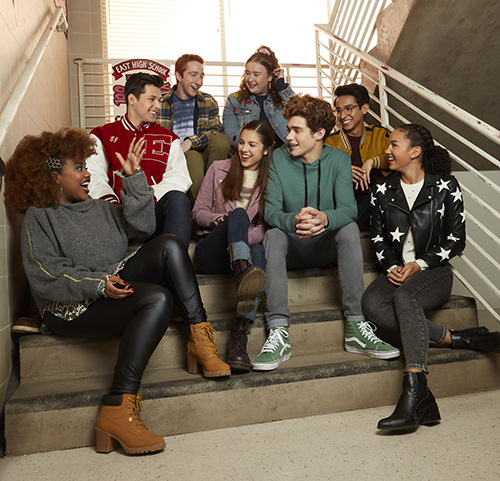 The show hasn't even premiered yet, but Disney has already given it the greenlight for a second season.

The music-filled comedy series, which is a scripted show following the students at the "real" East High as they stage their school's first production of High School Musical, is already one of the most anticipated shows in the Disney+ original programming lineup.

Production on Season 2 is set to start back up early next year in Salt Lake City, Utah. Disney, in its infinite wisdom, recorded the moment when the cast—which includes Joshua Bassett, Olivia Rodrigo, Matt Cornett, Sofia Wylie, Larry Saperstein, Julia Lester, Dara Renee', Frankie A. Rodriguez, Mark St. Cyr, and Kate Reinders—learned about the surprisingly-early renewal. Watch the amazing moment for yourself below:

If you haven't signed up for Disney+ yet, don't worry. You can still watch the High School Musical: The Musical: The Series pilot, which will air on THREE networks—ABC, Disney Channel, and Freeform—on Friday, November 8 at 8 p.m. ET/PT.

What fall color have you been rocking all season long?